University of California at San Diego is Shaking Things Up 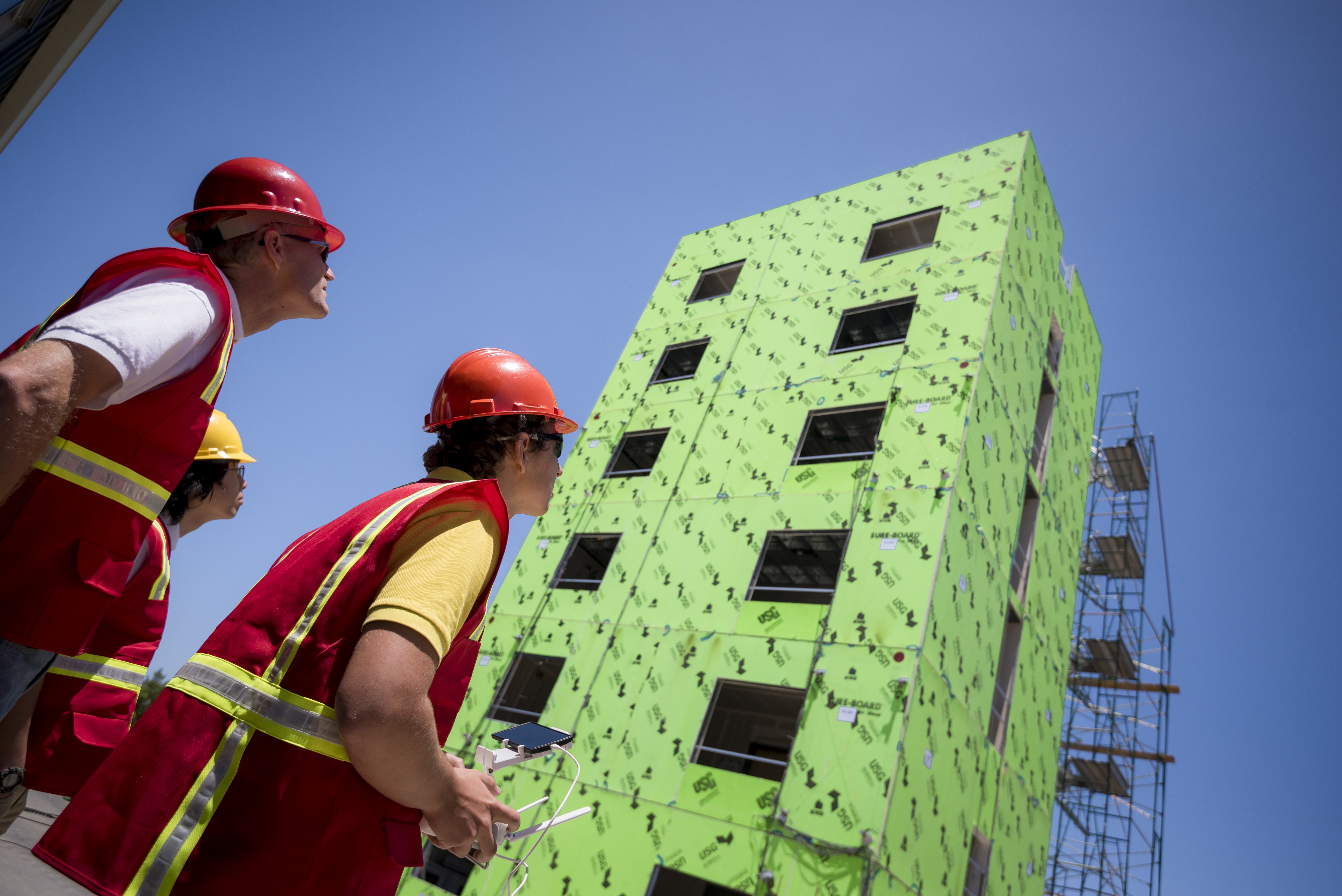 On June 28, 2016,  structural engineers at the University of California (UC) San Diego and a team from the Department of Fire Protection Engineering at Worcester Polytechnic Institute (WPI) utilized the world’s largest outdoor shake table to launch fire tests designed to help better understand how cold-formed steel structures withstand earthquakes and the fires that can occur in their aftermath. The building had already undergone a series of high intensity seismic safety tests.

The building tested was equipped with more than 250 sensors, 40 video cameras and a GPS system. Unmanned aerial vehicles were also used to help collect data. Prior to the post-earthquake fire testing, professors Tara Hutchinson and Gil Hegemier of the Center for Extreme Events Research at UC San Diego led a series of earthquake tests, which focused on the building’s light-weight steel frame .

The seismic portion of the testing also included examining home appliances that could serve as the cause of fires. In particular, water heaters and stoves, which could serve as sources of ignition (electrical faults) and fuel (gas leaks). State Farm Insurance also tested a smart device designed to detect seismic waves and shut off a building’s gas lines before the shaking becomes severe.

The research being conducted by the UC San Diego and WPI teams holds important implications for the survival of civil structures to both future earthquakes and post-earthquake fires. The use of cold-formed steel panels in residential and commercial construction has been increasing due to the number of advantages the panels offer.

The high strength-to-weight ratio allows for the construction of lighter structures and the use of high precision prefabricated panels can greatly reduce construction time. The panels are also fire resistant, reducing insurance costs, and produce less construction waste than other building methods.

As more residential and business buildings are being constructed out of cold-formed steel panels, understanding how to improve their resilience to earthquakes and fires has become a research objective.

Following the seismic testing, fire tests were conducted on the second and sixth floors of the building in various rooms and corridors. Brian Meacham, associate professor of fire protection engineering at WPI, led a team to study how fire following seismic activity could damage cold-formed steel panels.

To simulate the fires, researchers ignited pans of heptane, a liquid fuel that can simulate a burning fire within a compartment. The fuel burned for about 15 minutes, long enough to create temperatures reaching 800 degrees Celsius at the ceiling for 10 minutes.  This was done to simulate what is known as a flashover.

A flashover is a deadly condition where a room becomes hot enough for everything in it to burst into flames at once. The post-flashover temperatures are essential to understanding the fire resistance of the compartment walls and door systems.

Meacham expressed gratitude for the funding that made the research possible.

"We greatly appreciate funding from the California Seismic Safety Commission, the Society of Fire Protection Engineers, and WPI," Meacham said. “The tests are essential in helping us understand the post-earthquake fire performance of CFS (cold-formed steel) buildings—a technology that has considerable potential for sustainable housing and commercial properties."

The data from the research is currently being analyzed with the hopes to release findings in the next year.

FIU and the Wall of Wind