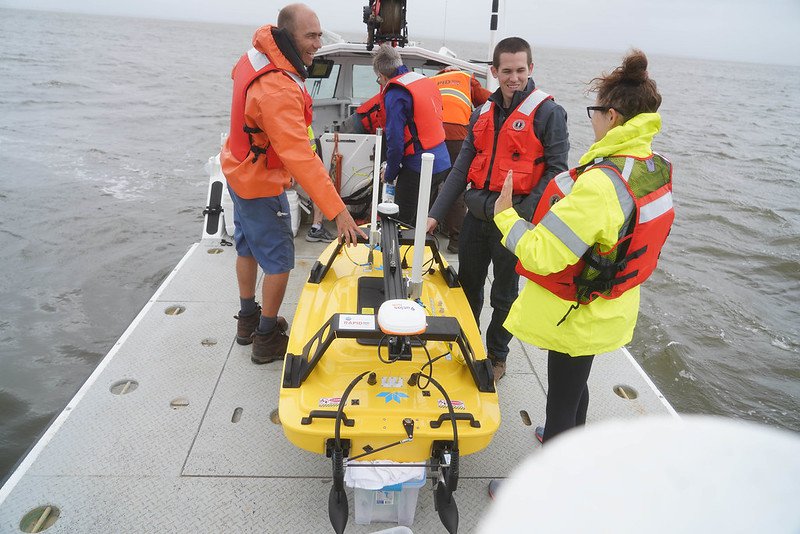 Members of the DUNEX research team and RAPID staff en route to deploy the RAPID hydrographic survey vessel in the Currituck Sound off Duck, North Carolina (Photo: A. Renaud) 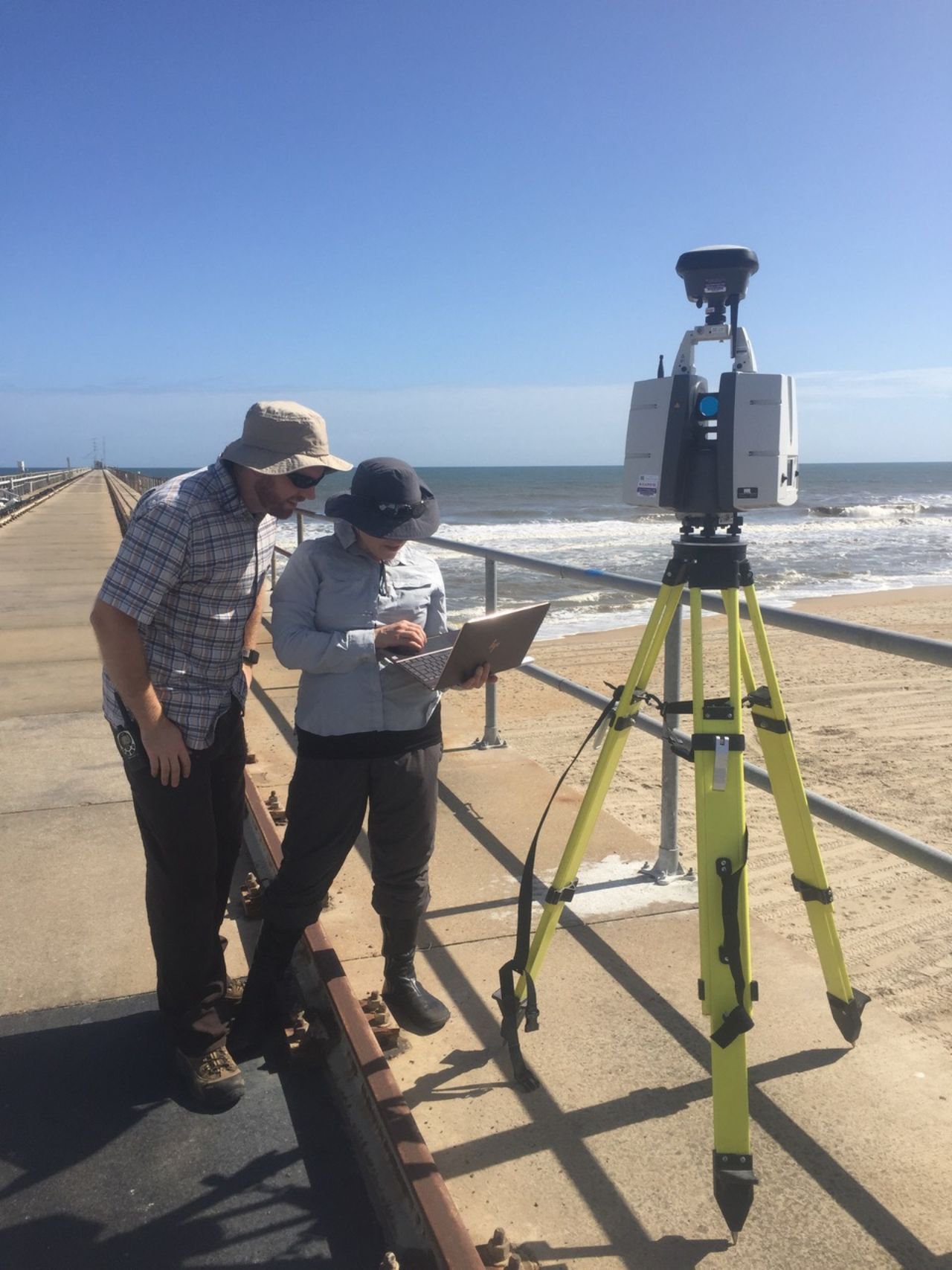 “The DUNEX pilot experiment provided a unique opportunity to apply and demonstrate a wide range of our instrumentation —including the bathymetric survey vessel, drones, multispectral cameras and LiDAR— in a real-world coastal storm setting,” said RAPID facility director Joseph Wartman.

Although the methodologies for collecting the coastal data were not unique, the NHERI RAPID facility enabled a comprehensive, portable array of equipment that is simple for researchers to use.

“We think that, especially in reconnaissance conditions, having fast access to data-collection tools is a high-value addition to the DUNEX work,” said Wartman. “Our tools are highly usable for hazards researchers across the board — at any location and with diverse sets of teams.”

In the October 2019 effort, the NSF-funded RAPID team shipped equipment to Duck, North Carolina, for the DUNEX pilot project—a smaller scale field campaign focused on collecting preliminary data in support of the major campaign in 2020. The team tested several new instruments the RAPID facility recently acquired, including a fixed-wing drone capable of flying long distances, a multispectral camera for discerning features and objects on the ground, and a laser scanner that can continuously measure ocean waves.

Driven by academic researchers, multiple governmental agencies and non-governmental organizations — the DUNEX field campaign aims to improve basic understanding, predictive capabilities, and observational technologies for extreme coastal storm impacts. The DUNEX campaign is not a single project; rather it is an effort to coordinate many projects and facilitate the addition of more projects through shared data, infrastructure and other field resources.

The field campaign involved about 40 to 50 natural hazards and coastal researchers and utilized much of the RAPID's instrumentation portfolio — including drones, scanners, and its hydrographic survey vessel, among other tools.

The DUNEX Leadership Team is eager to have the NHERI RAPID team take part in next year’s effort.

“The RAPID field training and deployment effort was one of the highlights of this year’s Pilot and exemplified the collaborative nature of DUNEX,” the DUNEX team wrote in a letter to Wartman. “The RAPID team’s knowledge and skills contributed to the success of DUNEX.”

The full DUNEX experiment will begin in fall 2020 and extend into winter 2021, as desired by participating science teams. The northern Outer Banks, NC, extending from the Cape Hatteras National Seashore north to the Virginia border, was selected as the region of focus, due to the prevalence of coastal storms that impact the area annually.

DUNEX projects are funded by a number of groups, including the new U.S. Coastal Research Program, the U.S. Army Corps of Engineers, and the National Science Foundation.

The NHERI RAPID team will be attending the annual AGU Meeting in San Francisco, Dec. 9-13. Wartman and his team encourage fellow attendees to stop by the NHERI booth and discuss ways the RAPID equipment portfolio can assist organizations in natural hazards data collection.