2019 REU Cohort at the University of Texas, Austin 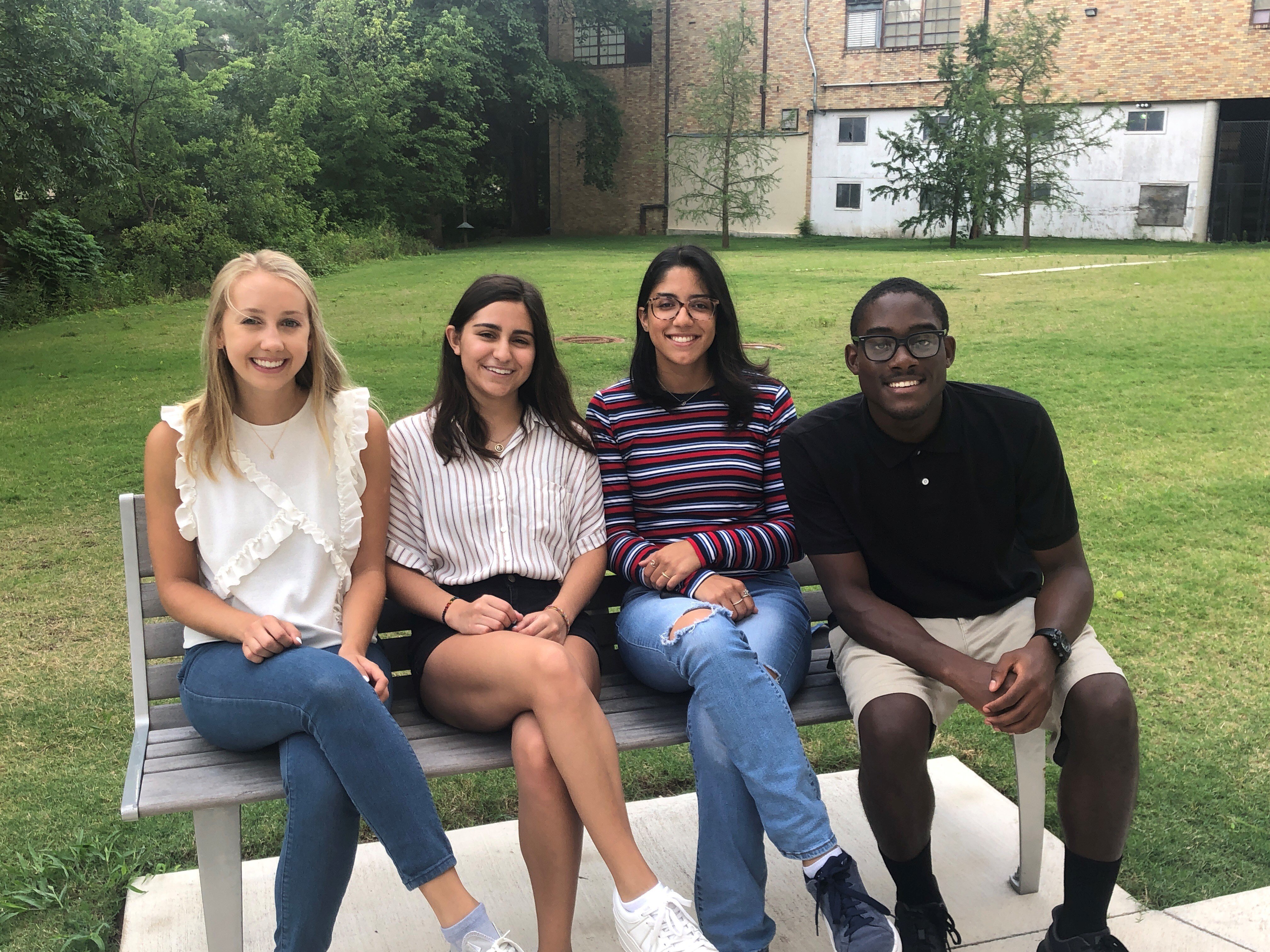 Katie Popp is a civil engineering major going into her fourth year at Georgia Tech in Atlanta. Her minor, Global Engineering Leadership, has allowed her to spend a semester studying in Asia and learning about the development of cities in a region so prone to natural disasters. This trip had a lasting impact, leading to the REU program and hopefully a master’s program after graduating in a few semesters. At UT, she is working on testing the effects of cyclic loading on jacket foundations of offshore wind turbines.

Fernanda Lago, an undergraduate at Rice University, will be a junior this fall in electrical engineering with a minor in engineering design. Her interest in natural hazards engineering started when her hometown was affected by Hurricane Harvey in 2017. Through the DesignSafe Cyberinfrastructure at UT-Austin, Fernanda is gathering images from tweets about Hurricane Florence to create a priority-driven analysis of infrastructure damage after disasters. Fernanda believes that social media will ultimately be very helpful for documenting data in real time and for analyzing severity of damage caused by natural hazards.

Natasha Mejias-Ramirez is studying civil engineering at the University of Puerto Rico, Mayagüez campus, with an interest in structural engineering. She will start her senior year this fall. Thanks to this REU program, she recognizes the important role that data analysis plays in civil engineering and she is hoping to develop some new skills in that area during the summer. At UT Austin, she is studying the interaction between the soil and the foundation of an offshore wind turbine, as the turbine undergoes cyclic loading, to understand the soil’s behavior and to be able to design more efficient and resilient foundations to prevent structural failure.

Jethro Ssengonzi is an undergraduate at University of Maryland Baltimore County (UMBC) and will be a senior this fall in mechanical engineering. He has interest in graduate school with a focus on restoring and improving infrastructure. He appreciates the importance of computational modeling in effective civil engineering research. At the UT Austin Mobile Shaker Facility, he is studying the limitations of the Multi-channel Analysis of Surface Waves (MASW) method on subsurface anomaly detection.