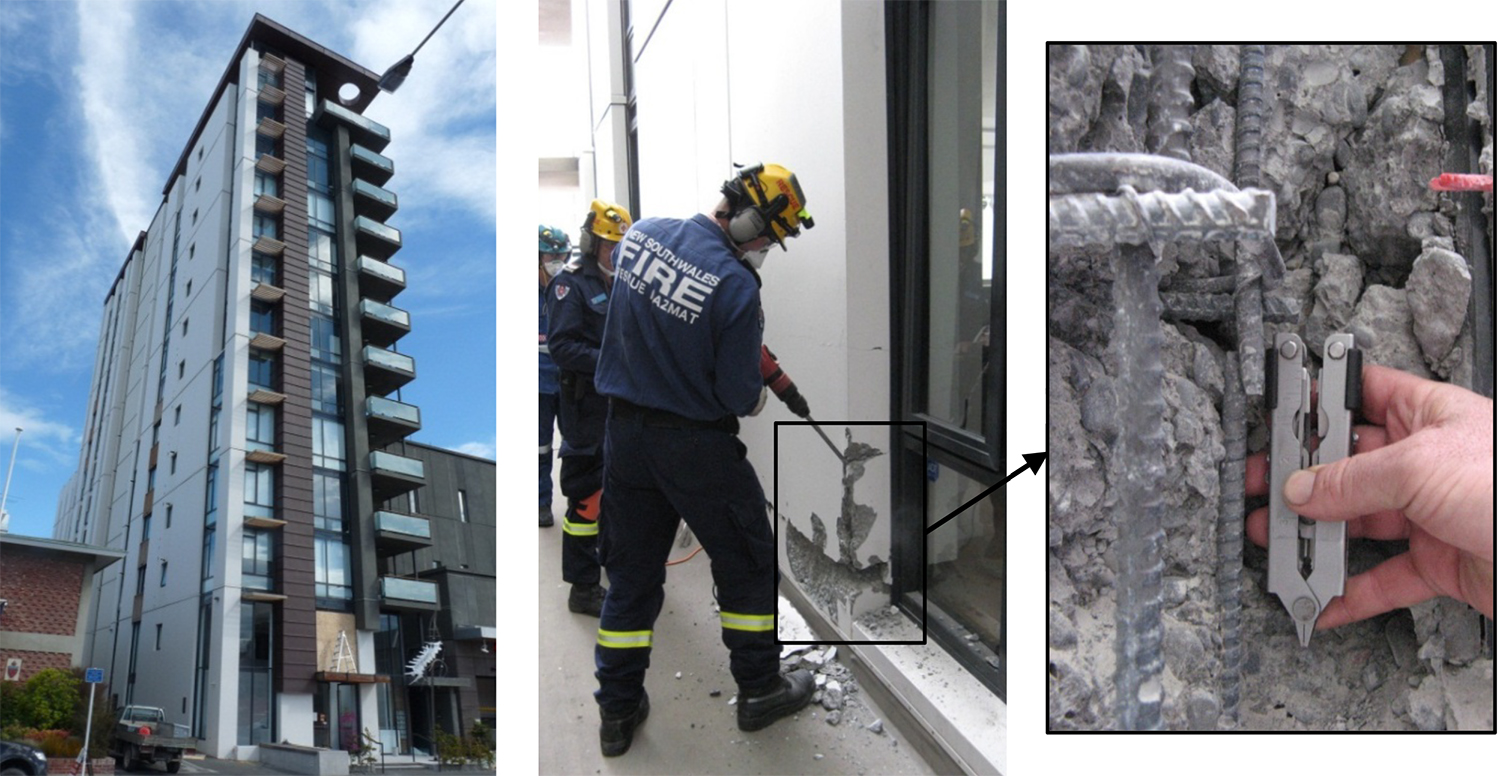 The 2010–2011 Canterbury Earthquake Sequence devastated the city of Christchurch, New Zealand, killing 185 and causing widespread damage. University of Auckland engineers conducted extensive testing on concrete walls to understand puzzlingly severe damage to steel reinforcement. The research formed the basis for revisions to structural codes in New Zealand and the US, and its dataset won a NHERI DesignSafe Dataset Award 2021. Photo of Gallery Apartments Building in Christchurch, New Zealand after the February 2011 earthquake. Credit: Des Bull.

An earthquake ripped through the South Island of New Zealand on September 2, 2010, its epicenter narrowly missing the city of Christchurch by about 40 kilometers, or 25 miles. Disaster struck nearly six months later, when an aftershock centered on the city, killing 185 people and injuring many more. The sequence also caused an estimated 40 billion dollars in damage. 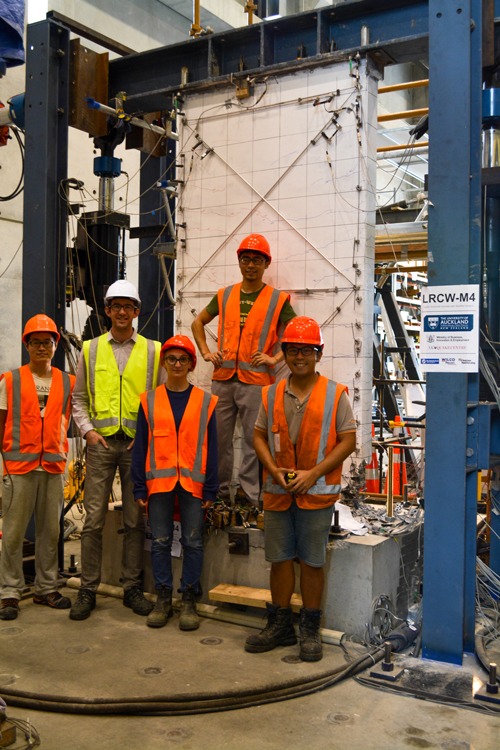 “There was very strong motivation behind actually implementing change,” said professor Rick Henry, a senior lecturer in the Department of Civil and Environmental Engineering at the University of Auckland. “To our advantage as engineers, we had some tangible recommendations we could point to that needed to be addressed.”

These recommendations formed the basis for revisions to the New Zealand Concrete Structures Standard NZS 3101 and subsequently the U.S. Building Code Requirements for Structural Concrete ACI 318.

Henry and colleagues generated first-of-its-kind data on lightly reinforced concrete walls commonly used in multi-story buildings in areas with low or moderate seismicity all over the world. The dataset was published and made publicly available on the Natural Hazards Engineering Research Infrastructure (NHERI) DesignSafe cyberinfrastructure, funded by the U.S. National Science Foundation.

Rick Henry and Yiqiu Lu, a research fellow in Henry’s lab at the University of Auckland, were awarded a DesignSafe Dataset Award 2021, which recognized the dataset's diverse contributions to natural hazards research.

“In the earthquake engineering space, we see DesignSafe as the most visible platform where publishing that data would allow the most users to find and use it,” Henry said.

The researchers began their investigations by being puzzled over wall damage they saw caused by the Canterbury earthquake. They noticed a lack of distributed cracks at points engineers call ‘plastic hinges,’ such as at the base of the wall, where they expected more bending in response to the ground shaking.

“There was very little cracking in walls that should have sustained large deformations,” Henry explained. “Investigators found that all of the steel reinforcement had fractured or broken. It was hidden damage within the wall that raised a lot of the concerns around, why did we get that?”

Henry and Lu focused on simulating seismic demands on walls in the lab, testing 11 wall components with about 80 sensors to measure their deformations and strains to increasingly applied loads that simulated seismic actions of larger and larger earthquakes.

A paper on the dataset was published in the March 2021 issue of the Journal of Structural Engineering of the American Society of Civil Engineers.

“We looked at how we place limits on wall design to ensure that we get the required performance we need,” Henry said. “There hadn't been much in the way of testing around what we'd deemed as lightly reinforced walls.”

Much of what Henry’s lab does when they’re trying to understand structural responses is either to test physical components or to develop numerical simulation. He emphasized that they go hand-in-hand.

He explained that earthquake engineering fits broadly into two categories. One is for existing buildings that might not have been designed up to current standards.

“Can we predict and understand what buildings are going to do during earthquakes,” posited Henry. “In particular, how do we need to intervene or strengthen them to improve their performance?”

Secondly, there is the category of new buildings and the general improvement of the design process.

“Most of what we focus on is applied in that applied end of research. To be able to put what we've done into practice and see a change in new design or some engineering practices as a result of our work is the objective of what we're doing.” Henry said.

NHERI is supported by multiple grants from the National Science Foundation, including the DesignSafe Cyberinfrastructure, Award #1520817.