Thanks to some engaging, hands-on exhibits, visitors to NHERI's booth at the 2021 AGU Fall Meeting got a unique introduction to our network’s capabilities. People watched a scale-model wave tank in action, and they tinkered with actuators on a desktop shake table, outfitted with a mini version of the NHERI Tallwood structure.

One visitor, a graduate student, said the NHERI models were an introduction to large-scale laboratory research. “I had no idea something like this existed. This is awesome and will really help my career.” A NASA researcher attending the conference enthused that the NHERI at OSU wave tank was the highlight of his day.

Answering questions and interacting with AGU attendees were Pedro Lomanaco of the NHERI at OSU facility and Dan Zehner of the NHERI NCO. More than 8,000 people attended the on-site aspect of conference, held Dec. 13-17 in New Orleans. Over the course of the week, more than 200 individuals stopped by the NHERI booth, and as many as 100 people remained to ask questions about NHERI facilities. Visitors also scanned a QR code in the booth for details about the NHERI Network.

Most of the visitors were graduate students or post-docs working in natural hazards, Lomanaco said. “Many were unaware of our program and were keen on sharing this information with their advisors, so they can explore future possibilities,” he added. “Having small demonstration models showing how the facilities work helped explain different aspects of NHERI and also helped prospective users understand how NHERI can support their particular research.”

Zehner was thrilled to introduce so many people to the capabilities of the NHERI Network. “Everyone has a story to tell about how they came to study or work in a science-related field,” he said. “Connecting NHERI with those stories at AGU was amazingly fulfilling and exciting!”

Special thanks to both Pedro Lomanaco and Dan Zehner for constructing the booth's interactive models. Thanks also to Joe Wartman of the NHERI RAPID for providing demonstration videos and assisting at the booth.

See the NHERI AGU booth in action in the online photo and video gallery. 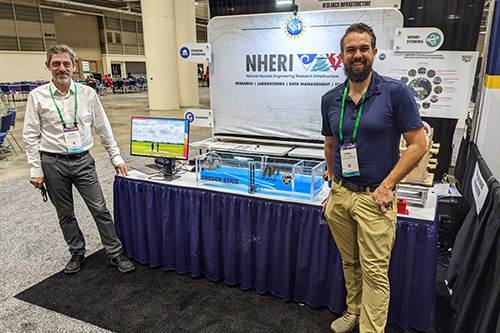 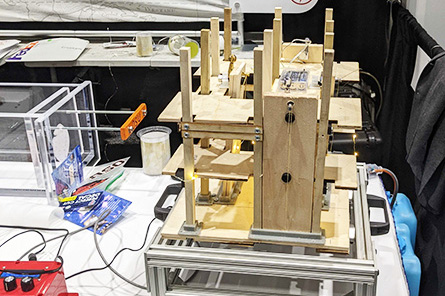 Also on display, atop a desktop shake table, was a small version of the NHERI Tallwood specimen, complete with a post-tensioning mechanism. 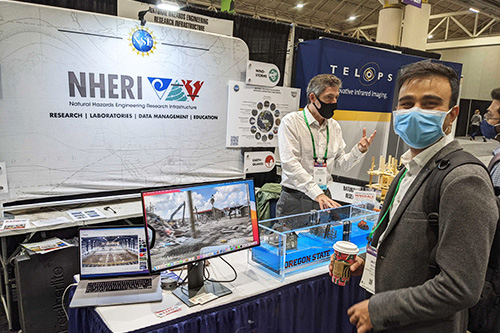 Javed Ali from The University of Central Florida. Ali is a member of the NHERI Graduate Student Council. 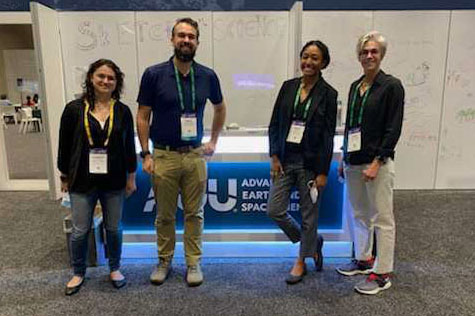 Dan Zehner with members of the AGU conference committee, who were impressed with the hands-on exhibits at the NHERI booth. 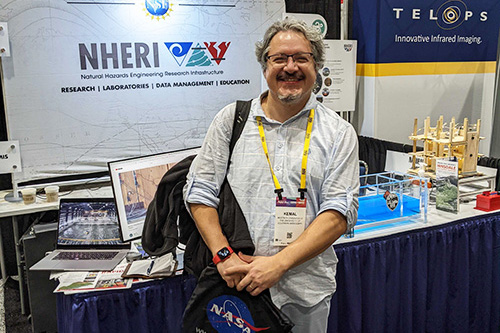 Kemal Cambazaglu, professor of ocean engineering from the University of Southern Mississippi. 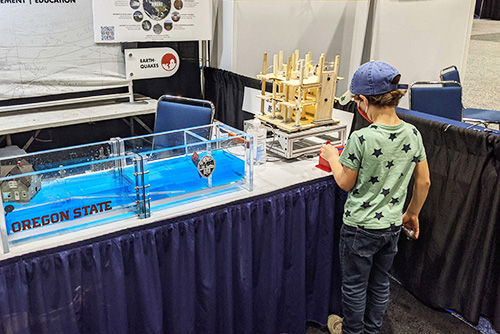 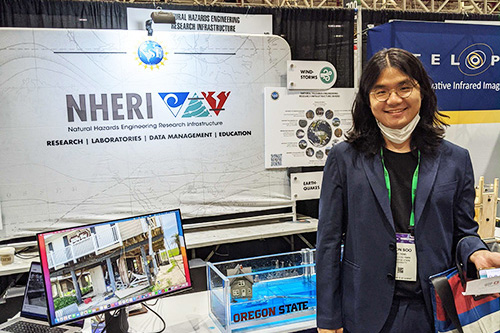 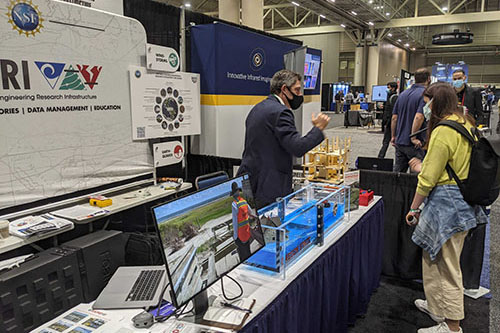 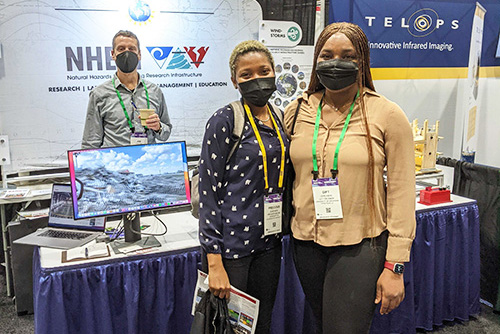 The NHERI at OSU wave tank, in action.

A miniature version of NHERI Tallwood, in action on a desktop shake table.