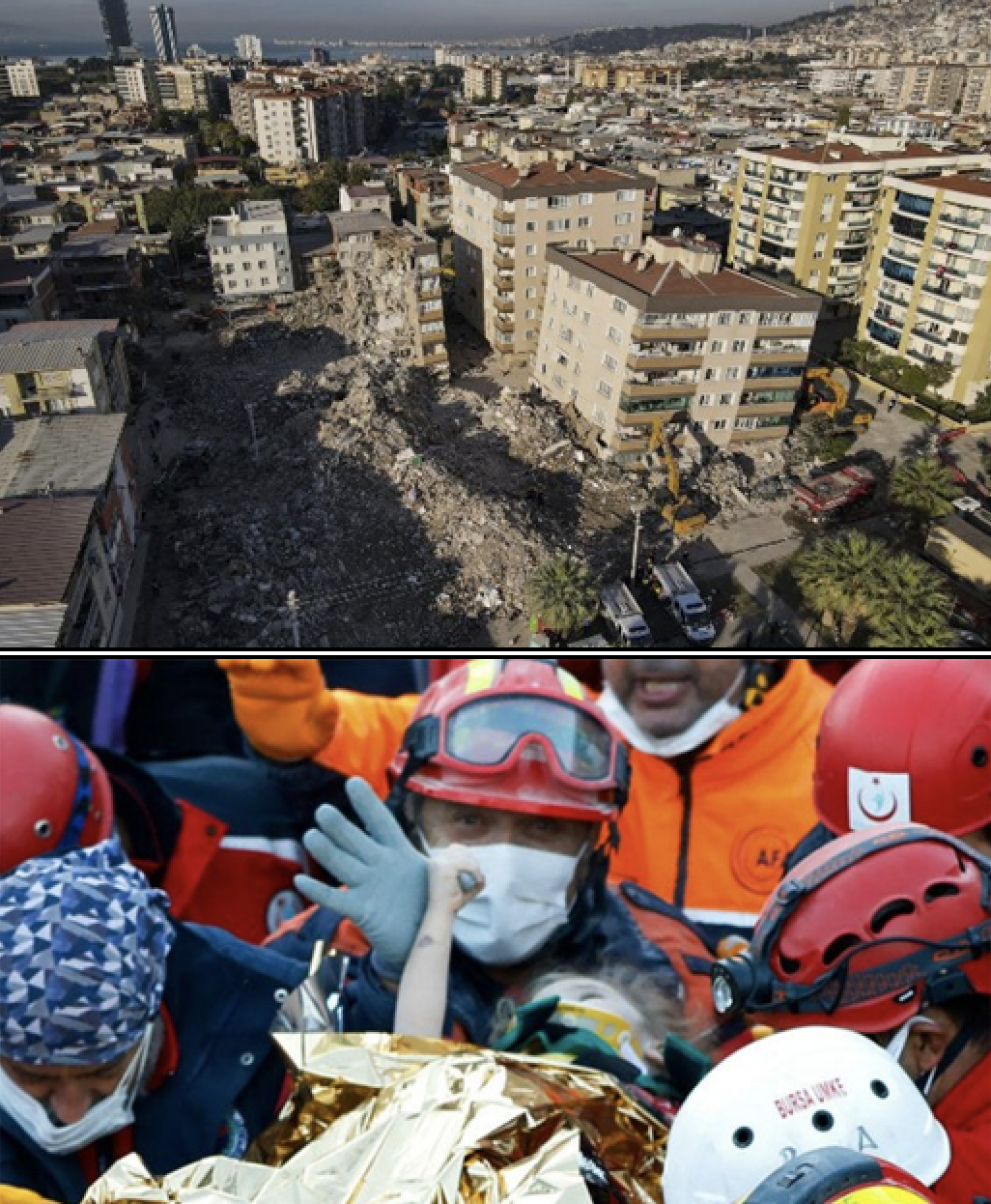 The Samos Island (Aegean Sea) earthquake struck at 13:51/14:51 local time in Greece and Turkey, respectively, on 30 October 2020. It produced wide-ranging effects including tsunami run-up, ground shaking with local zones of high intensity that led to the collapse of structures and 118 fatalities in both countries, and various geotechnical effects including liquefaction, rockfalls, and landsliding.

However, in Greece, the Hellenic Association of Earthquake Engineering (HAEE/ETAM) mobilized a 12-member team to Samos Island and neighboring islands in two successive missions. Similarly, the Earthquake Engineering Association of Turkey and the Earthquake Foundation of Turkey (EEAT/EFT) mobilized teams to affected regions of the Aegean coast. These teams focused on the severely impacted city of Izmir.

While these reconnaissance missions were underway, discussions began between HAEE/ETAM and EEAT/EFT, which was facilitated and encouraged by two US-based international organizations: the Earthquake Engineering Research Institute, EERI, and the Geotechnical Extreme Events Reconnaissance Association, GEER.

Jonathan Stewart, a professor of earthquake and geotechnical engineering at UCLA, helped organize consultations between the groups. “It became evident that this significant event could only be understood in depth by mobilizing scientists on both sides of the fault, while integrating data and interpreting field evidence collectively,” he says.

Ultimately, Stewart says, the teams decided to pool resources and publish a combined report (PDF) that represents the collaborative effort between Greece, Turkey, and the USA to improve understanding of the event by collectively integrating data and interpreting field evidence. Stewart, a co-PI of GEER and on the board of directors for EERI, coordinated the report preparation in collaboration with Onder Cetin of Middle East Technical University (Turkey), and George Mylonakis and Anastasios Sextos of the University of Bristol (UK).

To share its findings and methodologies, the team is holding a half-day webinar on Saturday, January 30, from 6:00am-1:00pm EST. Register and find details here. This in-depth session will be recorded and made available for future viewing.

This unprecedented effort to collect valuable perishable data during a world-wide pandemic provides a model for future reconnaissance efforts.