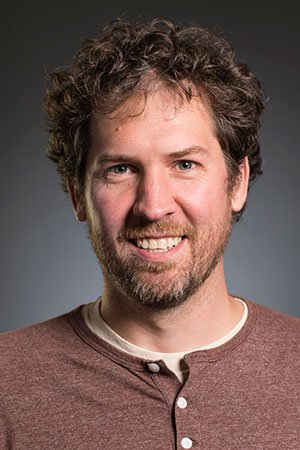 In tsunamis, waves and water are not the only destructive forces. As post-tsunami photos show, water-borne debris causes major damage. Floating in masses called “debris fields,” these buffeting objects can be as large as cars, boats, even whole buildings. The objects crash into structures and create dams — leading to more problems.

A University of Washington research team is building a numerical approach for understanding — and predicting — the highly nonlinear, chaotic nature of these flow-driven tsunami debris fields. The team’s pilot experiments confirmed that tsunami debris flows are indeed random systems: nearly identical initial conditions lead to widely varying outcomes of debris flow. In short, the behavior of tsunami debris is extremely difficult to predict.

In tackling this substantial challenge, the UW team seeks to provide a numerical tool for the natural hazards engineering community to understand and predict tsunami debris flow.

The pilot tests took place at the Oregon State University's OH Hinsdale Wave Laboratory, part of the NSF-funded Natural Hazard Engineering Research Infrastructure, NHERI. In the spring of 2021, the team returned to the NHERI at OSU experimental facility and generated a robust dataset. They’ll use it to create models for quantifying and validating debris impact forces and damming effects. To account for the complex dynamics of flow, impact, and damming, the team will combine, or “couple,” multiple modeling methods in what is called a “multi-physics” approach. To help fine-tune these coupling mechanisms, the team will leverage the software and natural hazards engineering domain expertise of the NHERI SimCenter, based at UC Berkeley.

“Ultimately, we need a multi-physics modeling approach to fully handle the complexity of the ?uid-structure-debris interaction phenomena,” said project PI Mike Motley, John R. Kiely Endowed Associate Professor at the University of Washington. “We want to provide an approach to tsunami and other fluid-induced debris flows that will address critical needs of the engineering modeling community.” 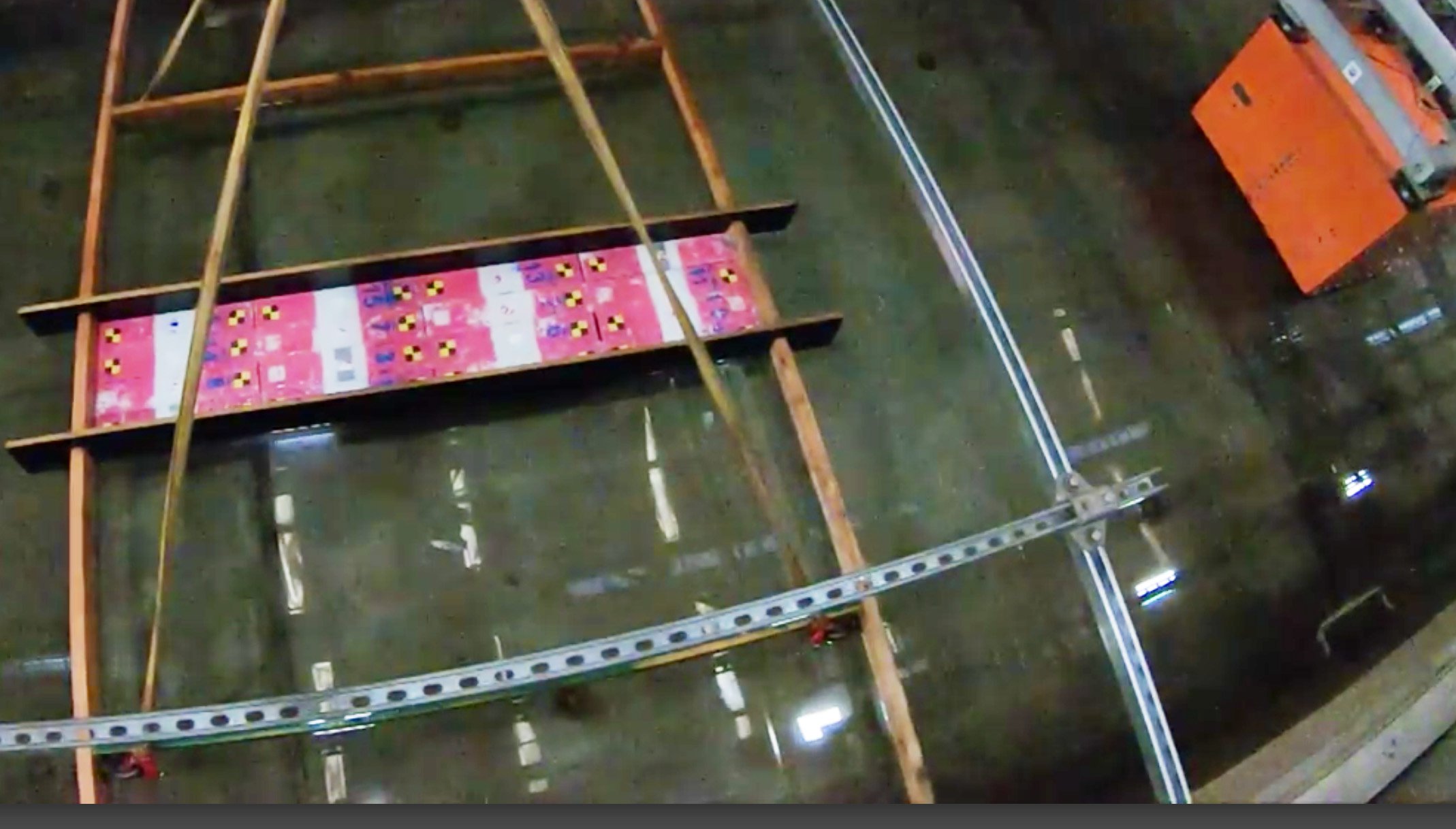 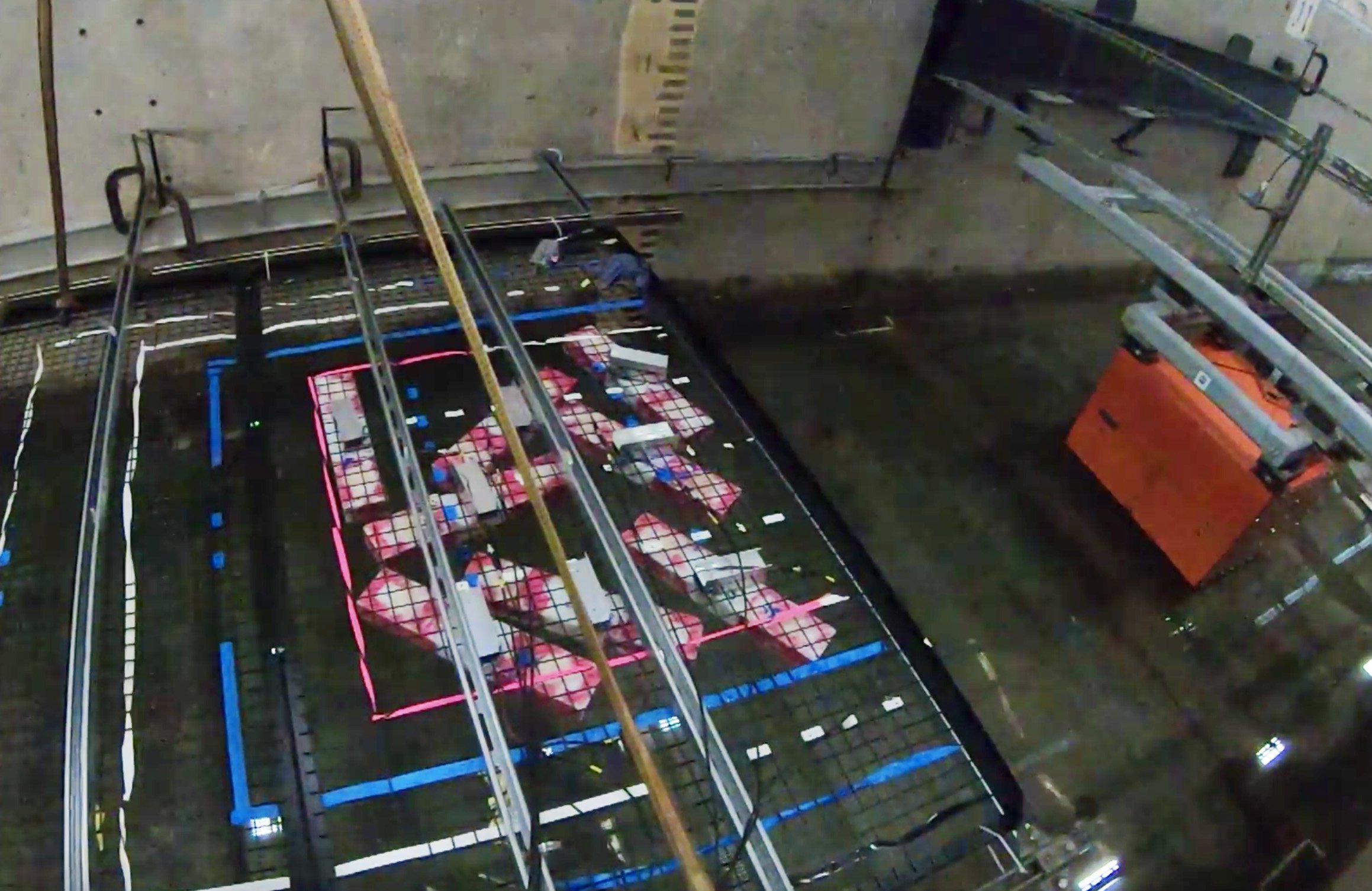 Figure 2. 8 pices of consistently-sized debris in a random configuration.
https://www.youtube.com/watch?v=pRYW_aON11I 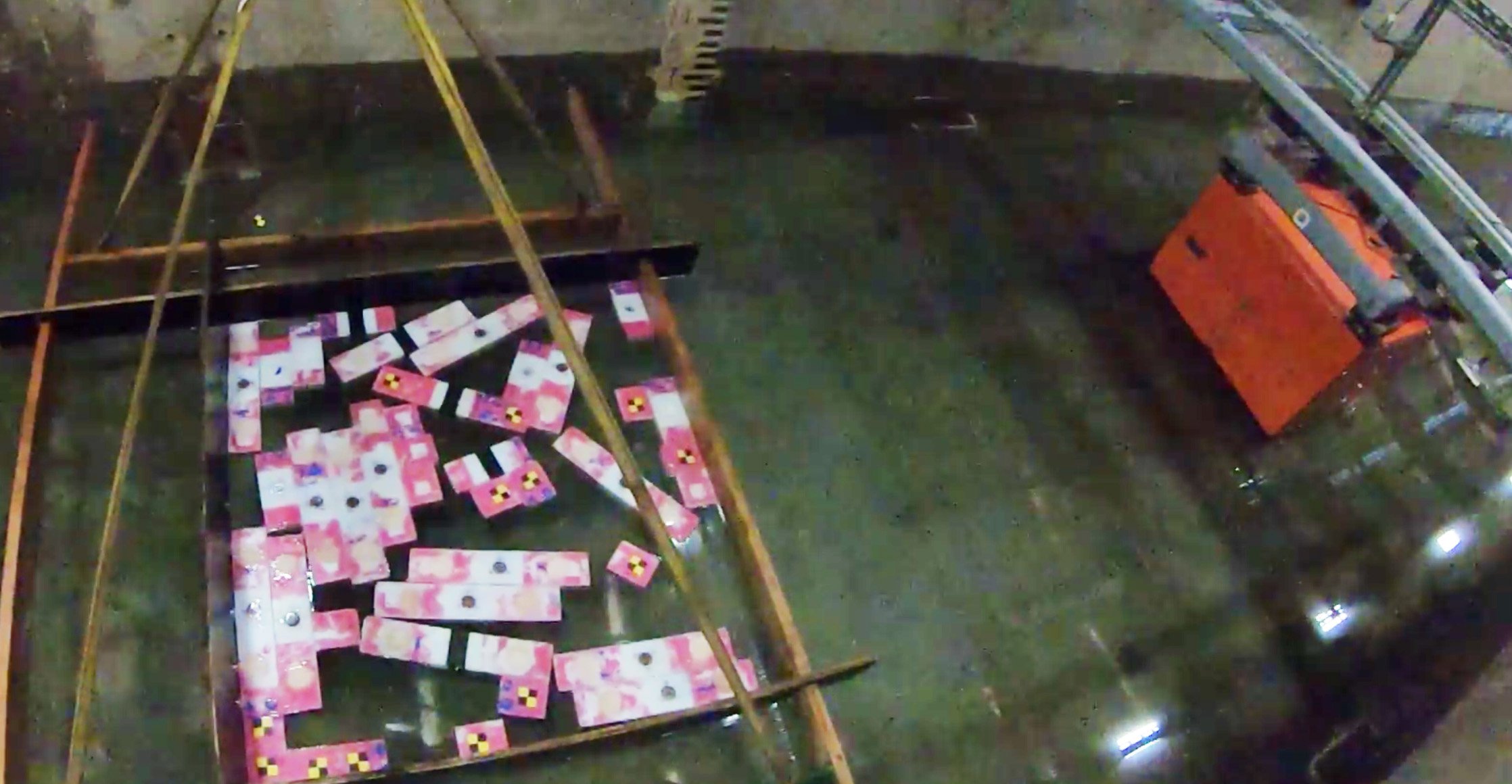 For its first research task, the team conducted a robust, 10-week experimental program at the OSU-NHERI large wave flume facility. The second task entails using that data to develop a predictive modeling framework for wave-induced debris-structure interaction. The third and final task will be to apply that numerical framework to debris experiments at a UW flume facility, including a blind prediction test. This final synthesis of numerical and experimental results will result in a broad application for engineering analysis, including capabilities for predicting tsunami debris flow behavior. The data generated by the project will be made publicly available in NHERI’s DesignSafe data repository.

The experiments performed at the NHERI OSU wave laboratory focused on multi-debris impact scenarios with sufficient test iterations to capture as much statistical variability as possible. Capturing the data took ten weeks, about 40 days in OSU’s large wave flume.

In the experiments, rectangular pieces of debris were lowered into the wave tank in a removable frame, cued up like billiard balls. For each experiment, the frame was lifted as the wave was induced, and the debris ensemble was carried by the wave toward impact with an instrumented box structure. (See figures 1-3) The debris pieces differed in size and number, were arranged in random and regular patterns, and were subjected to differing flows.

Forcing data was captured by the instrumented box and, where possible, local flow data was captured by the wave flume instruments. The team also used video capture. In some experiments, the team attached accelerometers to debris pieces for capturing behavior of individual debris within the flow field. In all, the team conducted more than 300 tests. The resulting data will be curated in the DesignSafe Data Depot. (The data set from the pilot tests at OSU is now available: https://doi.org/10.17603/ds2-2y9x-qm74.)

The next task, and the work currently underway, is to develop the modeling framework. The first steps entail modeling the physical experiments using multiple approaches. One is the Material Point Method, or MPM, using an in-house solver (a mathematical software) developed by the project team. MPM is ideal for modeling overall debris-structure interactions and movement in the fluid domain, resulting in basic impact and damming force estimates. MPM also provides an understanding of debris-debris interference, damming tendencies, and characteristic patterns arising in the experiments.

The team will also deploy the OpenFOAM Computational Fluid Dynamics (CFD) tool to perform refined analyses of damming configurations observed in the experiments, including cases in which sinking debris accumulates in front of a structure leading to evolving bathymetry – continually changing water depths.

Another CFD-related research objective is to combine video and image results from the physical experiments with CAD and other three-dimensional representations from numeric MPM models – and convert them into three-dimensional bathymetries for CFD analysis in OpenFOAM. This is expected to provide information related to how debris damming configurations affect the overall dynamic loading profile on a structure.

Combining or “coupling” disparate software simulations is not a trivial exercise. But coupling software for modeling hazard responses of structures is necessary for building an accurate statistical model. By joining divergent but perhaps parallel models, researchers can account for complex, multidimensional behaviors and begin to see patterns in complex behaviors like tsunami debris flow.

Coupled simulations are increasingly appealing to the engineering modeling community. In particular, the NHERI SimCenter has developed an application framework that enables connecting software tools for end-to-end simulations. Throughout the project, with coupling tasks in mind, the team is ensuring that its data and models are apt and compatible with constructing these advanced simulations – and ultimately creating a new numerical tool for reproducing, understanding and predicting tsunami debris flows.

The team’s final task is to test their model at the wind-wave-current interaction testing tank at the University of Washington. The NASA Air-Sea Interaction Research Facility, NASIRF, is capable of recreating sustained, steady-state water flows, an important variable for studying tsunami flows. Tests here will provide further confidence in the effectiveness of the team’s statistical approach to solving wave-induced debris problems.

Finally, as a success metric, and to introduce the new model to the engineering community, the team will collaborate with the Pacific Earthquake Engineering Center to hold an international blind prediction workshop.

“The main challenge for this project is the chaotic aspect of the tsunami-debris phenomena,” said Motley. “Our team has solid experience in testing and modeling – including software development. We’re prepared to devise methodologies and extract measurements that are scalable for high-volume testing and analysis. That’s what’s needed to predict debris-flow behavior.”

NHERI RAPID at University of Washington