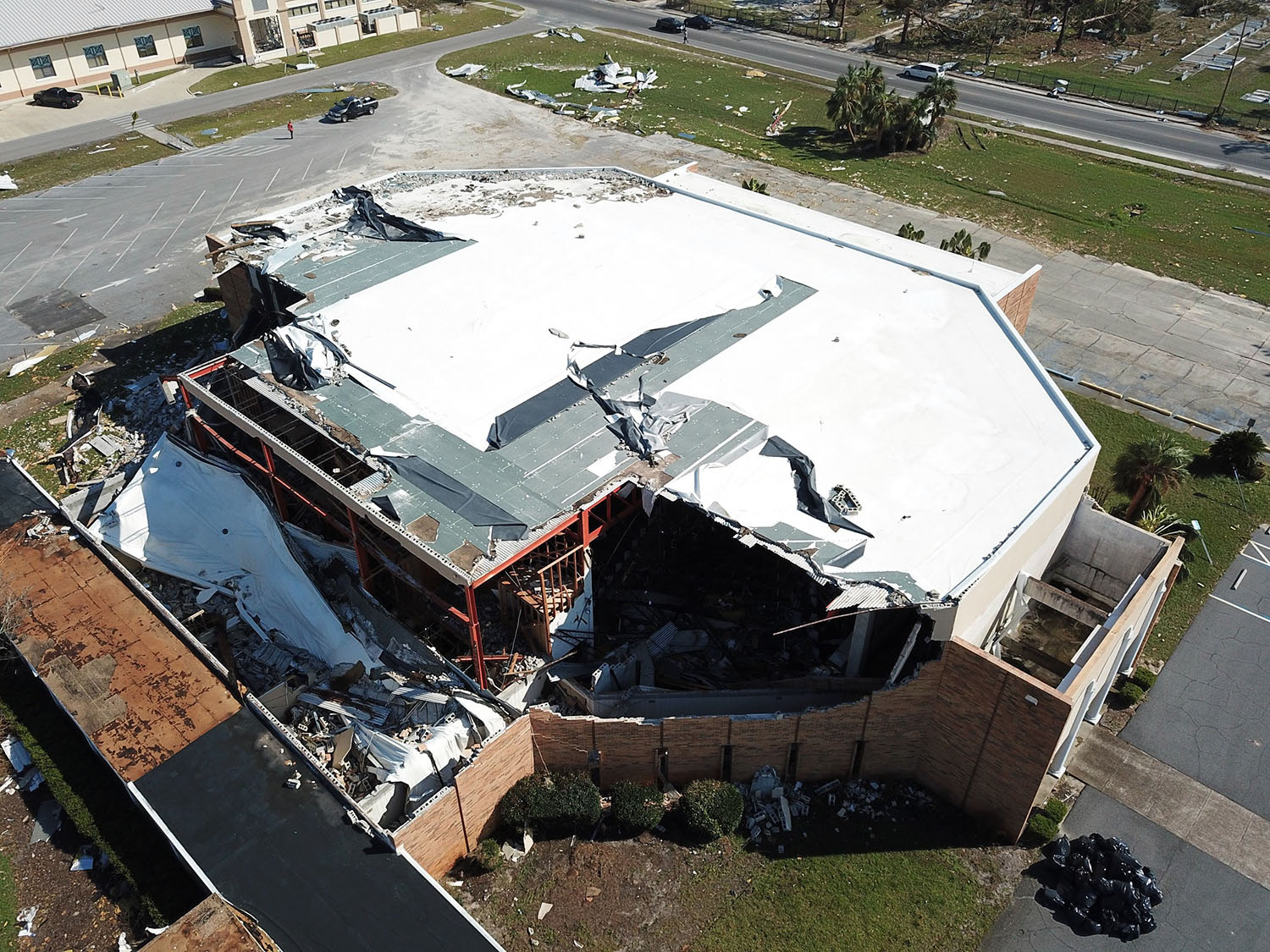 Hurricane Michael devastated lives and property at the Florida panhandle in October 2018. Three days after it made landfall, the Structural Extreme Events Reconnaissance (StEER) Network gathered reliable data on building response such as this unmanned aerial vehicle image of roof cover and exterior wall failure of a gymnasium at the Bay County Prep Academy, Panama City, Florida. The dataset won a 2021 DesignSafe Dataset Award. Credit: StEER.

When Hurricane Michael made landfall in the Florida Panhandle on October 10, 2018, it made history.

Michael’s 160-mph sustained winds helped make it the most powerful hurricane on record for the area. The Category 5 hurricane caused 74 deaths and $25.5 billion dollars of property damage. As people of the Florida coast picked up the pieces and tried to rebuild their lives from the hurricane, the questions remained: Would they be ready for the next big one? What could others learn from the aftermath?

The dataset, which includes over 302,000 individual photographs, was made publicly available on the NHERI DesignSafe cyberinfrastructure.

“As amazing as our experimental facilities and computational simulation tools are, in-situ observations continue to play a valuable role in documenting the true impacts of hazards on our built environment,” said StEER principal investigator Tracy Kijewski-Correa, who is also an associate professor in the Department of Civil and Environmental Engineering & Earth Sciences, University of Notre Dame. “Their complex interactions between at times multiple hazards reveal vulnerabilities to be addressed in our next generation structural mitigation solutions.”

“We believe,” she added, “this data is a valuable ground truth and the only truly authentic feedback loop on how our modeling and design assumptions fare against mother nature herself. We need to commit to learning from each event so we can mitigate these impacts in the future.” 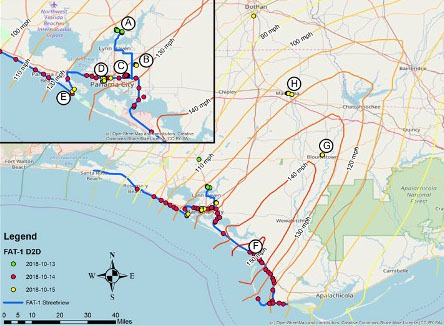 “The dataset is important because it captures near immediate perishable evidence of the performance of the built environment after Hurricane Michael,” Kijewski-Correa said. “It broadly assesses building performance over a large expanse of the impacted area and over a wide range of structural typologies.”

The dataset has been used by StEER members and other natural hazards engineering researchers and practitioners in several ways. Immediately after the mission, the dataset enabled the selection of targets for follow-on studies funded by the Florida Building Commission and NSF RAPID Awards.

Other groups used the structural assessments to develop data-driven fragilities. The street-level panoramas and aerial imagery was used to virtually assess buildings that field teams could not evaluate in-depth with mobile apps. The laser scans enabled the reconstruction of specific structures for in-depth forensic evaluations of failure modes.

And other community members are using the images to train machine learning applications to extract building characteristics from imagery and classify damage.

Additionally, FEMA Mitigation Assessment Teams, the National Institute of Standards and Technology, and other agencies use the data as part of their response and assessment efforts for the event. The analysis of the data also results in recommendations to improve coastal planning and building codes, standards, and regulations.

“The ultimate use case is the translation of knowledge gained into policy and practice to enhance the resilience of coastal communities,” Kijewski-Correa said. “In this case, the panhandle’s code requirements were able to be critically evaluated in light of the actual performance in Michael to consider how those should be revised in the future to avoid repeating these tragic lessons.” 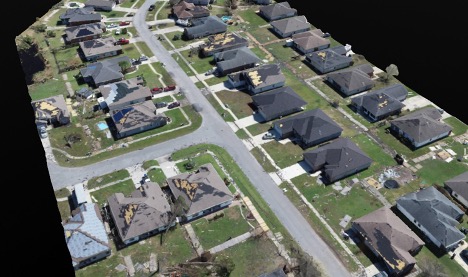 Collecting data within days of Hurricane Michael gave the StEER team the logistical challenges and stresses one might expect. The DesignSafe Slack channels proved to be useful in helping coordinate researchers.

The primary challenge with the datasets is quality control and documentation process. Making data reusable requires careful life cycle management as well as structuring the data and detailed documentation to capture everything needed for curation and re-use.

“DesignSafe is critical to our mission of coordination in data collection and curation,” Kijewski-Correa said. “Our team always has challenging scenarios for DesignSafe in both evolving the Field Research Data Model and in transferring these large datasets from multiple platforms”.

“We’ve worked closely with the DesignSafe team to learn together as we pioneer these workflows. It’s our goal to help educate users in how to use DesignSafe resources most effectively.”

Learn more: This webinar illustrates how StEER is encouraging community standards in support of DesignSafe.

The data collection was aided by partnerships with Spatial Networks, the Florida State Emergency Response Team, Marc Levitan of the National Institute of Standards and Technology, the University of Florida Coastal Monitoring Program under the leadership of Forrest Masters, as well as the NHERI community sharing intel on DesignSafe’s slack channel.