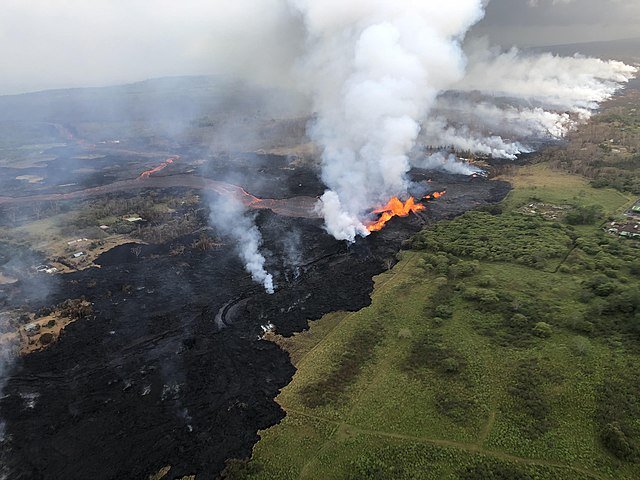 Supporting NSF-funded research in seismic tomography, the NHERI at UTexas mobile shaker team is shipping the T-Rex vehicle to image Kilauea Volcano on the island of Hawai’i.

“When we image this structure with T-Rex we will gain a much deeper understanding of the plumbing and mechanics of Hawai'ian volcanoes,” said Roger Delinger of the USGS.

In the past 50 years, Kilauea has been the most active of the five subaerial volcanoes that form the island of Hawai’i — and one of the most active volcanoes on Earth. Its most recent (and currently ongoing) eruption began in December 2020, after a pause following the M6.9 earthquake and voluminous outpouring of lava in the summer of 2018.

The work is funded by NSF awards #2218645 and #2218646, “Collaborative Research: Active and Passive Seismic Imaging of the Three-Dimensional Structure and Magma System beneath the Summit of Kilauea Volcano.” The project is slated to begin in spring 2023.