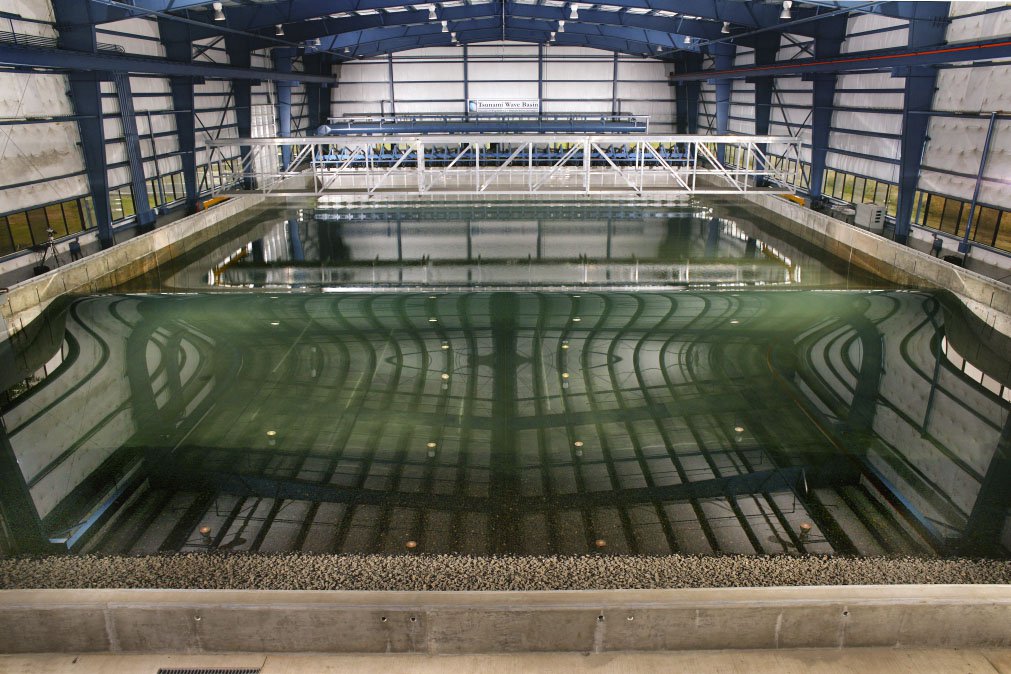 There is a potentially deadly misconception that many coastal residents share. According to field survey reports from recent tsunamis, many residents in mainland areas that are shadowed by islands believe that the islands protect them from tsunamis. At Oregon State University (OSU), researchers are working to determine just how true or untrue the idea is.

Pedro Lomonaco, civil and construction engineering director at the O.H. Hinsdale Wave Research Laboratory, stressed the importance of understanding just how safe a region is in the event of a tsunami.

“If you live behind an island you typically think you are more protected from a tsunami,” Lomonaco said. “In some particular conditions that is not true. If you live behind them, sometime the impact of the (water) run-up is increased.”

In phase one of the research, islands of four different shapes were placed in the wave laboratory in order to test measure the run-up and hydrodynamics of a tsunami on the islands.

The impact of tsunamis is not the only thing being researched at OSU. According to Lomonaco, studies are also being conducted to better understand how to prevent elevated structures from being damaged by the run-up caused by storms.

Damage to coastal structures caused by the result of combined surge and wave loading proved to be significant in recent events such as Hurricanes Ivan (2004), Katrina (2005), Ike (2008) and Sandy (2012). Elevated structures have become more commonplace as a result. Building stakeholders are seeking to limit damages and property loss.

By testing the measure of force on structures on coastal lines Lomonaco hopes to increase the survival rate of structures occupying coastlines that are damaged by storm surges and wave loads.

“We have a building that represents any type of structure on the coast and we test for certain conditions that create storm surge,” Lomonaco said. “When you have these storms, for example (Hurricane) Matthew, it increases water levels and waves can go inland. At this moment this is no systematic guidelines for how to asses these conditions for design purposes.”

The structures tested in the simulations were tested at different heights and elevations. The structures were also tested to see how they would hold up when coming in contact with debris during storm surges.

According to Lomonaco the impact of the research will reach beyond just rather or not a structure survives the damage caused by a storm.

“In the long run organizations like FEMA can have some guidelines and from there the people in structural design can make decisions to improve structures,” Lomonaco said. “The fragility curve will tell you the probability of certain level of damage in house. It will impact the design from day one. It will show you what houses are at more risk; effect home values and insurance costs. You may even find you need to retrofit your house or change the elevation.”

Lomonaco expects the research to make a difference sooner rather than later on coastal communities across the world.

“It’s going to change the way houses are built and how to manage the coastal zone,” Lomonaco said. “My feeling is that it is going to have a huge impact relatively soon. Nobody has done similar things in the past.”

OSU Takes on Tsunamis and More

FIU Looks at the Big Picture