In January, the recently formed NHERI Graduate Student Council (NGSC) held its inaugural election for officers and leaders. Nominations were solicited from registered members in November and December.

In February, there will be a run-off between Faith Nnenanya and Masoud Nobahor who tied in the election for Chair of Membership. The NGSC will also elect the Vice-Chair of Membership in February since no one was nominated for this position.

The NHERI ECO is grateful to all the nominated individuals willing to serve the NGSC community. To a see the full list of the NGSC elected leadership, or for more information on the upcoming election, please visit NGSC leadership page.

If you are interested in joining the NGSC or know someone who is, visit the NCSC home page to learn more and to register. 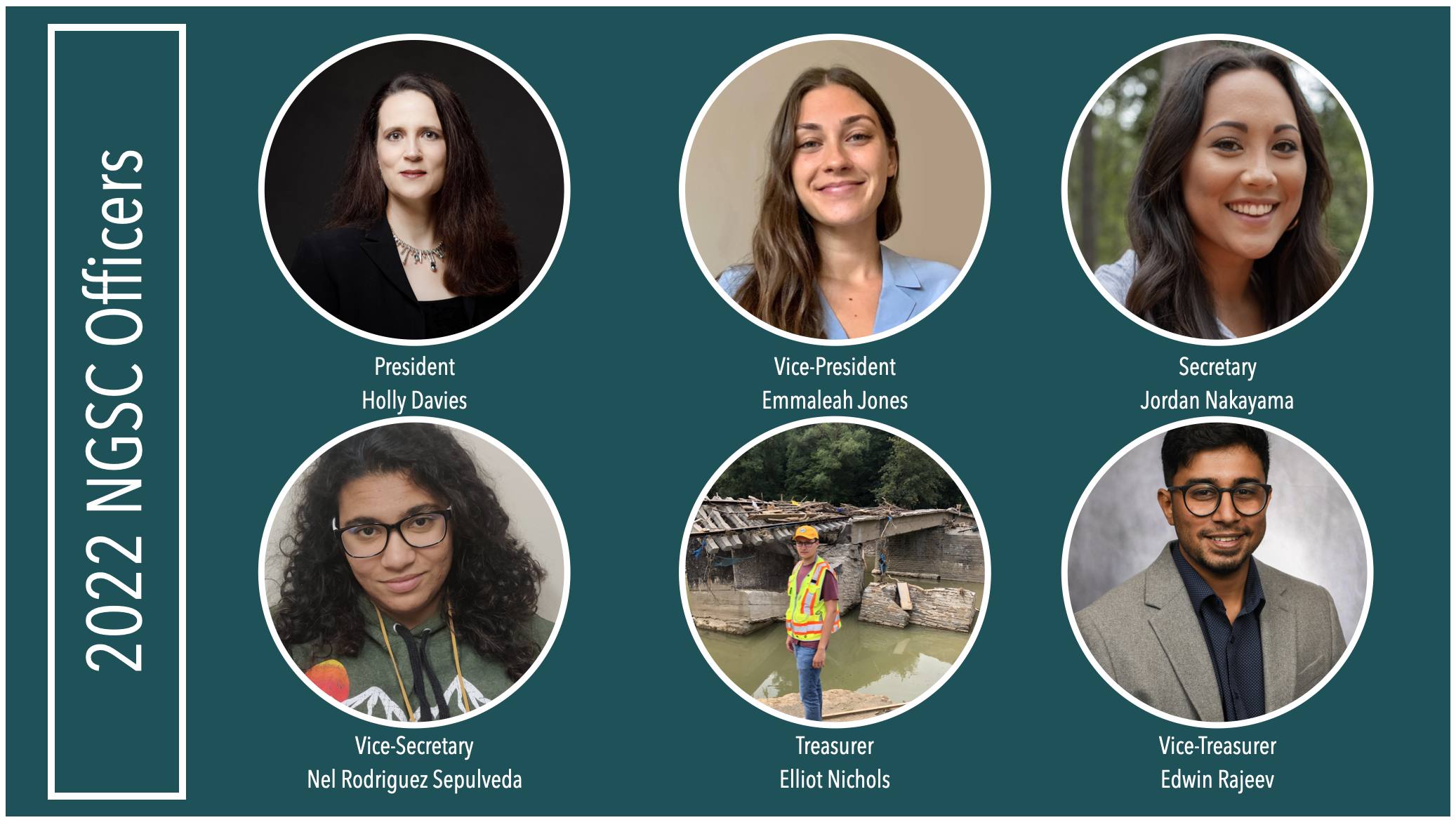 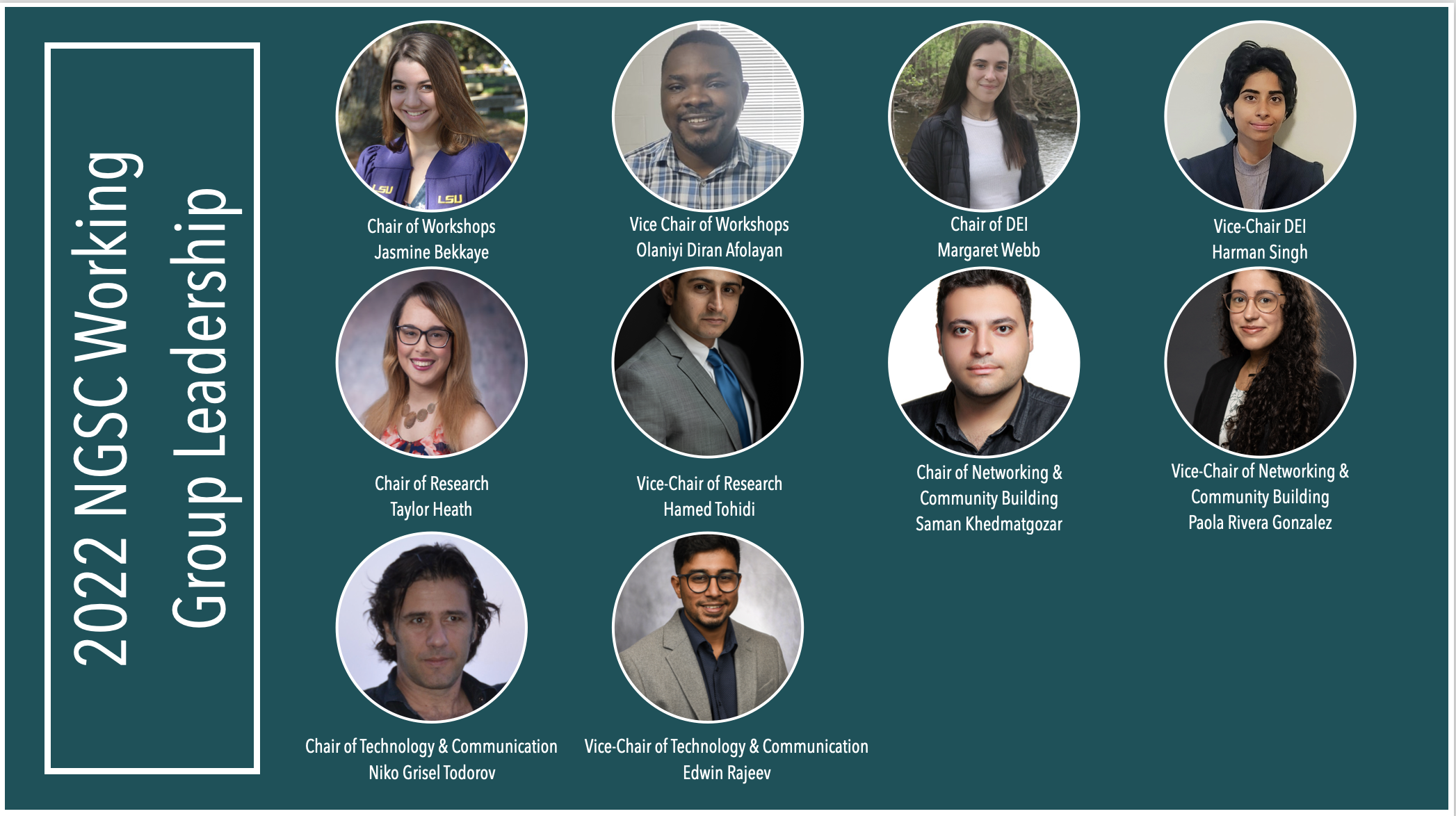