NHERI leaders and researchers met virtually with NIED/E-Defense members on December 16, 2020, for the fourth collaboration meeting between these groups. Participants attended several sessions and witnessed the live broadcast of an experiment on the E-Defense shake table in Tokyo.

The first collaborative meeting between NHERI and the NIED/E-Defense teams was hosted October 30 and November 1 within the Akasaka district of  Tokyo, Japan.

A draft of the report being prepared is available for public review in the meeting information below.

A committee has created the NHERI Science Plan document as a guideline for helping researchers write proposals when requesting use of NHERI facilities.  Researchers preparing proposals for the NHERI-NIED/E-Defense collaboration are encouraged to consult this guide.

Following an agreement (see below) between the Japan Ministry of Education, Culture, Sports, Science and Technology (MEXT) and the U.S. National Science Foundation (NSF), the First Planning Meeting for NEES/E-Defense Collaboration on Earthquake Engineering Research was held in 2004. This meeting laid the groundwork for an initial joint research program related to improving understanding of seismic effects and reducing the seismic vulnerability of bridges and steel buildings. The emphasis of the program was to conduct experimental research using the George E. Brown, Jr. Network for Earthquake Engineering Simulation (NEES) equipment sites and the three-dimensional full-scale earthquake testing facility (E-Defense) of the National Research Institute for Earth Science and Disaster Prevention (NIED).

In response, the Second Planning Meeting of NHERI/E-Defense Collaborative Research on Earthquake Engineering was convened October 30 and November 1 in the Akasaka region of Tokyo, Japan.  Leading researchers from both countries as well as representatives from NSF, MEXT and other government agencies were invited to attend this meeting to discuss in plenary and breakout sessions the future plans for NEES/E-Defense collaboration.

A Letter of Agreement between NHERI and NIED was signed and became effective July 28, 2017, for a period of five years from that date. The terms of the agreement can be viewed with the copy of the letter found here: 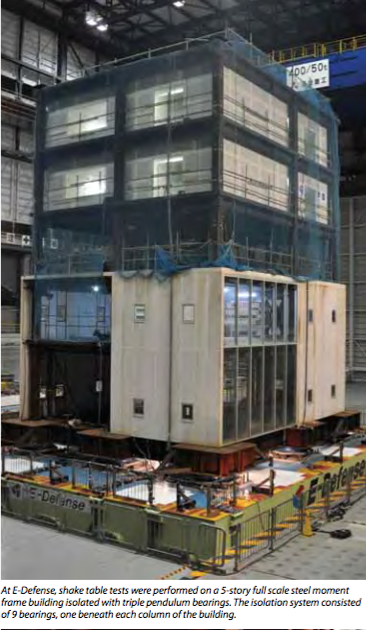 Officials from NHERI and NIED along with representatives from NSF and MEXT and interested members of the research community met October 30 and November 1, 2017 in the Akasaka region of Tokyo, Japan, to discuss the collaborative partnership.

A draft of the report for this event is available here:

Presentations given during the meeting have been published to the DesignSafe Data Depot:

Representatives for NHERI and NIED met July 13-14, 2017, to negotiate the letter of agreement for this collaboration on use of NHERI and E-Defense facilities.

The report containing a summary of the First Planning Meeting convened at the Kobori Research Complex, KI Building in Tokyo, can be downloaded here:

PDF: Report of First Planning Meeting Between NHERI and NIED

The presentations of the participants during the plenary session can be downloaded here: