Model tests on the 1-m and 9-m radius centrifuges at the UC Davis experimental facility demonstrated that rocking foundations could be designed to reduce ductility demands on buildings and bridges during earthquakes.

These experimental data were central to the eventual adoption of code provisions accounting for the benefits and consequences of rocking foundations in practice.

In the past, many building owners and design engineers operated under the notion that a good foundation is one that does not move. But stiff and strong foundations can be expensive.

Research in the last couple of decades has shown that rocking foundations can absorb some of the ductility demand during earthquake loading and can be an economical and effective part of a seismic force resisting system for buildings and bridges.

A rocking foundation is designed to allow significant rotation of a footing during seismic loading; a gap is allowed to develop under the left edge of the footing when it rotates to the right and vice versa — the gap cyclically opens and closes, and the footing rocks back and forth.

Foundation rocking has two appealing characteristics: a self-centering tendency associated with the gap closure and an energy dissipation capability. However, the fundamental mechanisms and their behaviors for a range of soil and loading conditions was not well understood. In addition, the interactions between inelastic demands in the structural systems and nonlinear rocking demands on the foundations and their potential for accumulated settlement under rocking loads were complicating factors.

Bruce Kutter, principal investigator and director (1996-2009) of the NEES geotechnical centrifuge at UC Davis, notes: “A concerted research effort in the international research community over the past 20 years, with centrifuge model testing under NEES and NHERI playing a major role, led to adoption of code provisions accounting for the benefits and consequences of rocking foundations (e.g., ASCE/SEI 2013).”

Large-scale centrifuge models were an essential component of the research studies developing fundamental understanding and validation of analysis methods. One example is the work by Liu et al. (2015a, 2015b). Six different two-story-two-bay, frame-wall-foundation building models resting on dense sand were constructed and tested on the 9-m centrifuge (Figure 1) at the UC Davis facility.

The models represented low-rise structures for which the primary seismic lateral resistance was provided by a shear wall supported on a shallow foundation.

In cases where the moment capacity of the foundation is less than that of the shear wall, the foundation acts as a fuse, and relatively large ductility demands are absorbed by the foundation rocking on soil (a rocking-dominated system).

The shallow foundations for the shear walls and frame columns had reasonably well-defined moment rotation responses, consistent with those from a supporting series of tests of single-footing systems on the 1-m radius centrifuge (Hakhamaneshi and Kutter 2016).

The instrumentation consisted of vertical and horizontal accelerometers to define all inertial forces in the structural system and strain gages to define axial, shear, and moments in the key structural components.

The 1-m centrifuge was well-suited for rapid and economical testing of single footings, such that a wide range of footing shapes, sizes, soil types, and loading conditions could be parametrically examined economically. 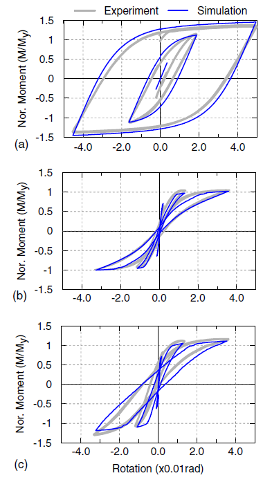 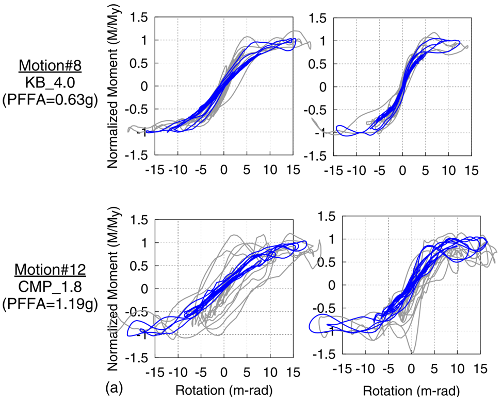 The dynamic earthquake shaking tests at UC Davis by researchers from UC San Diego confirmed that the ductility demand on the shear wall component of the system decreases, and system performance improves, when demand is shifted from wall-hinging to the rocking foundation.

Furthermore, systems with rocking foundations sustained a smaller peak roof acceleration, residual drift, and reduced peak base shear despite the relatively larger peak transient drift demand. Consistent with slow cyclic test results, dissipated hysteretic energy was reasonably distributed amongst superstructure and substructure inelastic components if the capacity of the wall and its foundation are balanced (Figures 2 and 3).

These centrifuge models, with their holistic systems-level details, provided unique experimental data that was the basis for validating the ability of numerical simulation procedures to approximate nonlinearity in the structure and foundation. Numerical simulations showed comparable local and global response to measurements obtained during the experiments.

Centrifuge model experiments like those described above, along with those performed by others (e.g., a set of companion tests on the NHERI outdoor shaking table at UC San Diego and 9-m radius at UC Davis; Figure 4) provided the basis for rapid development and implementation of design procedures for practice (Hakhamaneshi et al. 2016).

A Technology Transfer Team of practitioners with geotechnical and structural expertise related to buildings and bridges facilitated the project’s impact on practice. From 2009 through 2015, this group of six people contributed significantly, including collaboration on revision of building code provisions that eventually allowed designers to use foundation rocking as an effective mechanism contributing to the seismic performance of buildings per ASCE/SEI 41 (2013, 2017). 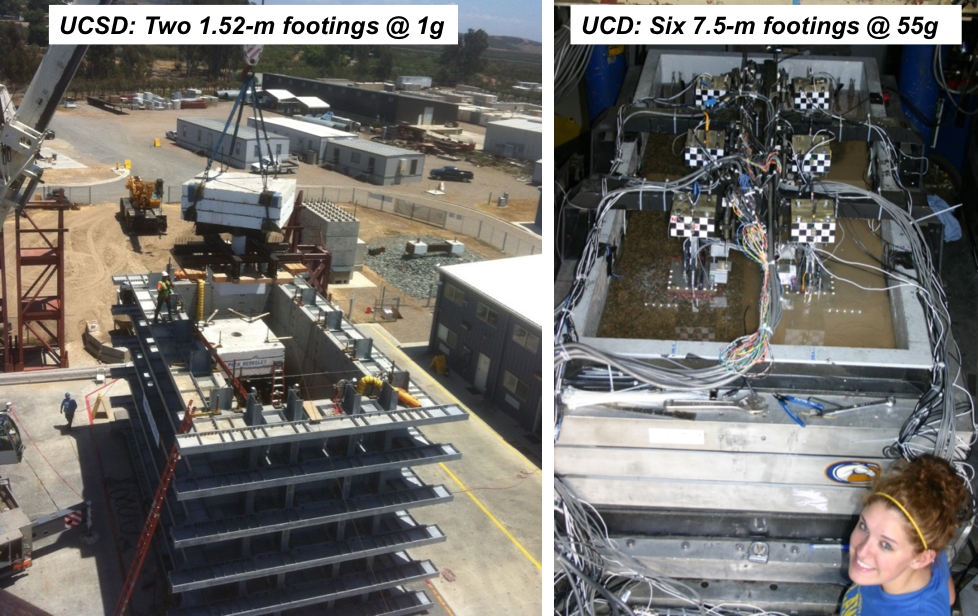 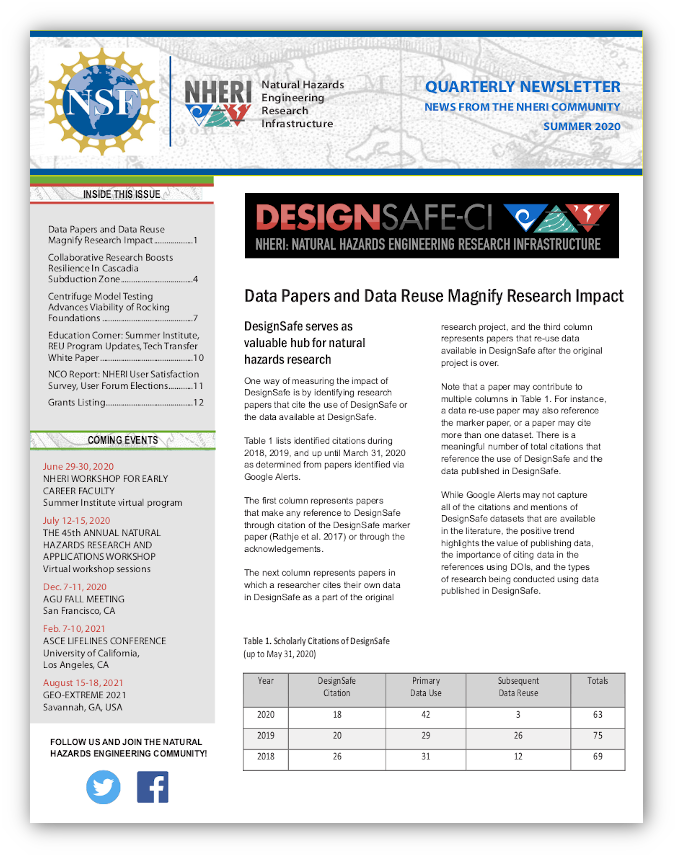