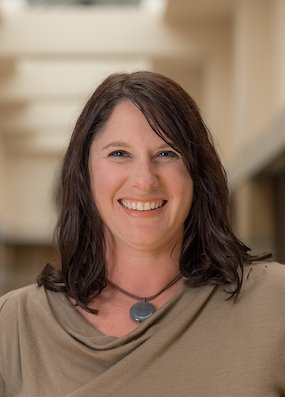 Tracy Kijewski-Correa is a SimCenter domain expert and leader of the SimCenter’s hurricane testbed team. At the University of Notre Dame, Kijewski-Correa is the Leo E. and Patti Ruth Linbeck Collegiate Chair and associate professor in the Department of Civil and Environmental Engineering and Earth Sciences and associate professor of global affairs. 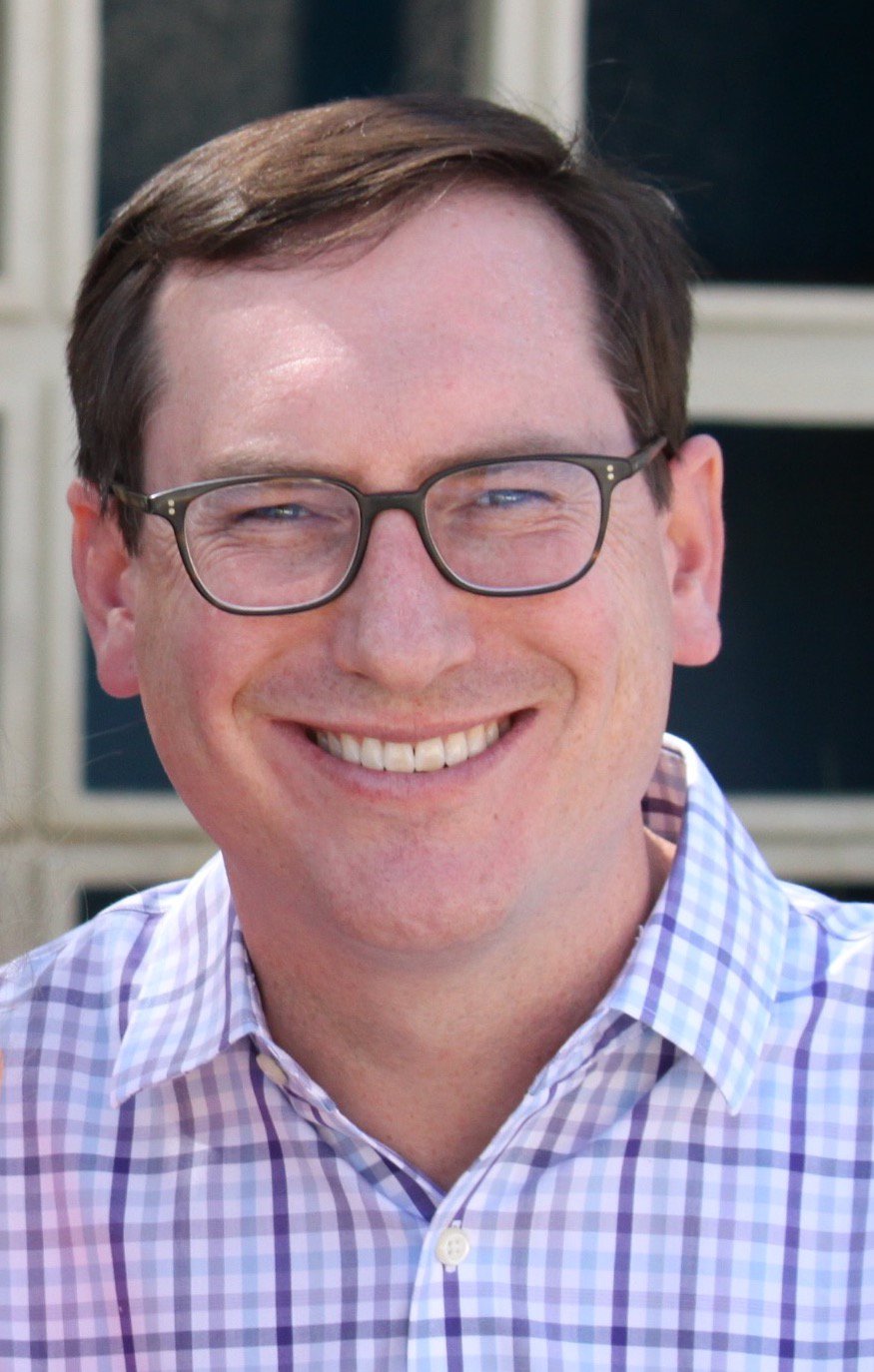 Matt Schoettler is the associate director of operations at the NHERI SimCenter. He is an assistant research engineer at the University of California, Berkeley. 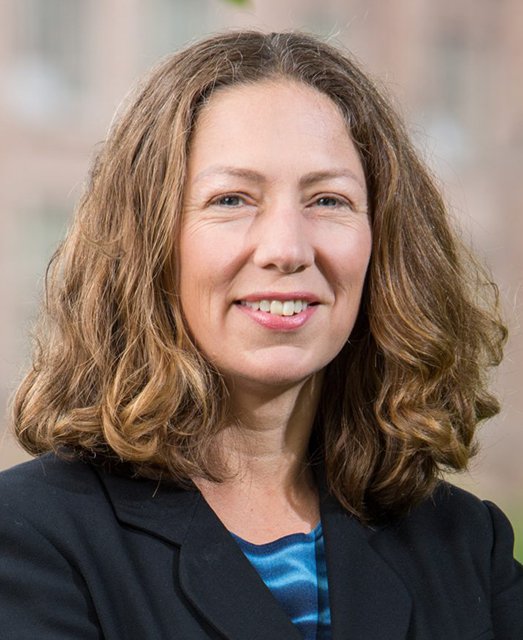 Laura Lowes is co-PI of the NHERI SimCenter. At the University of Washington, Lowes is the William M. and Marilyn M. Conner Professor and Chair of Civil and Environmental Engineering.

"Testbeds" demonstrate and provide entry-points
for a multihazard, open-source ecosystem

To understand the behavior of structures under storm or earthquake loading, natural hazards engineers (NHE) rely heavily on software simulations that include realistic replications of the hazards and the structures they threaten. Researchers and programmers with the NHERI SimCenter, the computational simulation hub for the NSF-funded Natural Hazards Engineering Research Infrastructure, have created a novel, community-based process for building the next generation of natural hazards simulation tools.

The SimCenter Application Framework, the foundational software that allows for developing modular applications, enables the creation of scientific workflows that connect commonly used and newly created software programs to create end-to-end simulations. These workflows can, in turn, smoothly compose and execute a series of computational and data manipulation steps — allowing the outputs from one application to pass directly as inputs to the next application, to transition between simulations.

These seamless workflows can execute portions of, or even a complete performance-based engineering (PBE) analysis in a given simulation. For the NHE research community, these workflows are game-changing. They are more streamlined, and they have unique features including state-of-the-art hazard representation, an artificial-intelligence (AI) enhanced data inventory, and greater fidelity and resolution of analysis.

To demonstrate the capabilities of the SimCenter’s Application Framework, the SimCenter has constructed sample “testbeds,” functional workflows that include the asset information for regions of interest and hazard scenarios for significant events. By providing outcomes of hazard scenarios via the Application Framework, the testbeds enable researchers to explore new ideas and opportunities. To provide a point-of-entry for the research community, examples drawn from testbeds have been incorporated into SimCenter’s recently released Regional Resilience Determination (R2D) tool.

The SimCenter created testbeds that consider earthquake and hurricane-driven hazards. They include:

Specific to hurricane hazards, the Atlantic City testbed includes synthetic scenarios that simulate wind field, storm surge and damaging wave action in coastal communities, with corresponding damage and loss modeling for the impacts of these hazards on buildings.

Historical events (Superstorm Sandy) are also available as inputs. It includes residential and commercial buildings and critical facilities. The Hurricane Laura Testbed offers a hindcast of this event’s affects on residential construction, using the wind field released by NIST/ARA on DesignSafe. Both testbeds currently employ HAZUS as the primary description of damage and loss probabilities, as implemented in the SimCenter tool, called pelicun.

As a multihazard simulation, the Atlantic City testbed can capture storm-surge-induced losses and wind-induced losses, which each exploit different aspects of the structural load path leading to differing levels of non-structural/content losses. While this currently adopts HAZUS’s approach to simulating multihazard losses in a given event, the SimCenter is developing more advanced approaches to capturing such multihazard effects as it increases the fidelity of the testbeds in the future.

Tracy Kijewski-Correa, faculty member at the University of Notre Dame and leader of the team developing the hurricane testbeds, says that the most notable advancement is the granularity or resolution that the testbeds afford.

“The SimCenter application framework can resolve building performance and resulting damage/losses down to the individual asset level rather than the census tract, as was the previous state-of-the-art,” Kijewski-Correa says.

“Second, with this shared and open-source workflow, we encourage community contributions. We think that, over time, we will have a best-of-breed simulation environment, one in which users benefit from advancements across the NHERI network, such as bringing in advanced hazard simulation capabilities like surrogate models or higher resolution building models. Such open-sourcing has previously not existed in public loss models or frameworks like HAZUS,” Kijewski-Correa says.

The SimCenter team envisions that the NHE community will incorporate these workflows and the various testbeds into their ongoing research by:

Express your interest by completing this survey.

The testbeds provide a venue for disseminating the broader impacts of a research project. For example, researchers could incorporate recent advancements in the modeling of buildings in seismic zones into one of the earthquake testbeds. Doing so enables a researcher to show new understandings, insights, and impacts of that research contribution, including how to make decisions about mitigating risk given limited resources.

“By using the testbed to integrate research at the community scale,” Kijewski-Correa says, “we can get a much better sense of its impact on society and how that work can guide how we build more resilient communities in the future.”

The ability to use computational simulation to inform mitigation investments is critical. Communities have limited resources to invest in upgrading assets like infrastructure or portfolios of buildings. And policies that require, for example, expensive retrofitting of vulnerable construction, are difficult to implement. “Because our testbeds provide simulation down to the individual building level, and eventually to the individual component level, we can reveal the potential return-on-investment of mitigation actions in future events. For example, we can use our hurricane testbeds to explore the impact of mandating window protection on all residences in a given area,” says Kijewski-Correa.

These testbeds, by showing similar simulations, allow city officials to see the impact of policies, and the potential avoided losses, in a way that they could not before. The ability to run different hazard scenarios, for example considering sea-level rise or intensifications of storms in climate change, and the ability to experiment with different mitigation investments through these tabletop exercises, can lead to better evidence-based decision making. That is where research can best serve practice.

Users can explore examples based on the testbeds with the SimCenter’s Regional Resilience Determination (R2D) tool, which utilizes another SimCenter software, called rWHALE, as its backend for the workflow execution. The R2D tool features a graphical user interface that makes the simulation workflow easily accessible to users.

“These are exciting, hands-on workspaces,” says Matt Schoettler, associate director at the SimCenter. “We believe that a broad range of natural hazards researchers will see the value of exploring these examples — to familiarize themselves with our application framework and to adapt and create new workflows that consider new locations, investigations, and scenarios. The SimCenter Application Framework is extensible, flexible, and scalable, so it represents a new — and genuinely limitless — resource for the NHE community. As a workspace ‘sandbox,’ it allows researchers to ask ‘what-if’ questions and investigate consequences and find improvements to regional events.”

The examples in R2D can be investigated and executed on basic laptop computers to explore the capabilities of the software by researchers. However, the full testbeds, from which the examples are derived, require significant high performance computational resources, and would be most effectively used by highly experienced users with research objectives in mind.

The SimCenter testbeds are in their first release, so it is an opportune time for the natural hazards engineering community to influence the next releases — and increase the level of fidelity in the incorporated models on both the hazards and built environment side.

“Since we are also expanding to other types of assets, like lifelines, this is a period of feedback and collaboration for shaping the directions that various hazard communities would like to go, based on current capacity and research priorities,” says Schoettler. Thus, the SimCenter team views the testbeds as critical computational infrastructure as well as a rallying point for the community to shape future directions of regional simulation capabilities.

The SimCenter’s current focus is on finalizing testbed documentation and continuing to carve out smaller slices of these testbeds in R2D so that users can explore and experiment with capabilities. As the full testbeds contain tens of thousands to millions of buildings and require significant high performance computing resources, the smaller exploratory inventories in the examples (numbering in the thousands of assets) are ideal for training new users in the workflow and its capabilities, Schoettler says.

Join the community. The SimCenter team is planning a series of webinars in 2021 to demonstrate and encourage exploration of the various testbeds. In the meantime, users have multiple ways to keep current.

Subscribe to the SimCenter’s monthly email newsletter for notifications about testbed webinars. Users can also explore the R2D application and post questions and feature requests on the SimCenter Forum. Lastly, community members can express their interest in contributing to the testbeds by completing this survey.

The SimCenter Application Framework also functions to connect researchers with other researchers for collaboration, and with end-users, engineers who want innovative tools that incorporate the latest research such as hazard characterization models, or fragility models updated by experiments at NHERI facilities like the Wall of Wind at Florida International University or the hybrid simulation lab at Lehigh University.

“We expect the community will identify additional features for the testbeds we’ve created,” Schoettler says. “They may find gaps and limitations in what’s provided, but this provides research opportunities for them to tackle and contribute back to the platform, which benefits the rest of the community.”

The testbeds are places for exploration and collaboration at multiple levels. Researchers can ask questions such as: What uncertainty quantification (UQ) methods are best? What artificial intelligence (AI) tools are needed to enrich asset inventories? And ultimately: What mitigation strategies should a city consider, and what are the costs and benefits?

“We’ve made certain that our documentation captures best practices and the use of SimCenter scripts and tools to generate regional inventories of assets such as buildings,” Kijewski-Correa says. “We further believe we are showing how the community can replicate these processes in other regions — including those who have recently experienced a natural hazard event — for hindcasting and systematic exploration of research questions that can inform more resilient construction in the future.”

The entire natural hazards community has a stake in this open and adaptable ecosystem, says Laura Lowes, professor of civil engineering at the University of Washington and SimCenter co-PI. “New users will find the R2D tool engaging, while advanced users will probably choose to modify and run the backend software (rWHALE) directly and use R2D to visualize results and to identify additional research questions.

“Researchers using the NHERI experimental facilities will be able to cite R2D results as motivation for new laboratory testing programs to provide data-informed advancement of structural response and damage-prediction models, and they can advance design methods to improve the performance of specific classes of structures,” Lowes adds. “In addition, R2D users will be able to employ data from NHERI experimental facility studies to advance their simulation.” 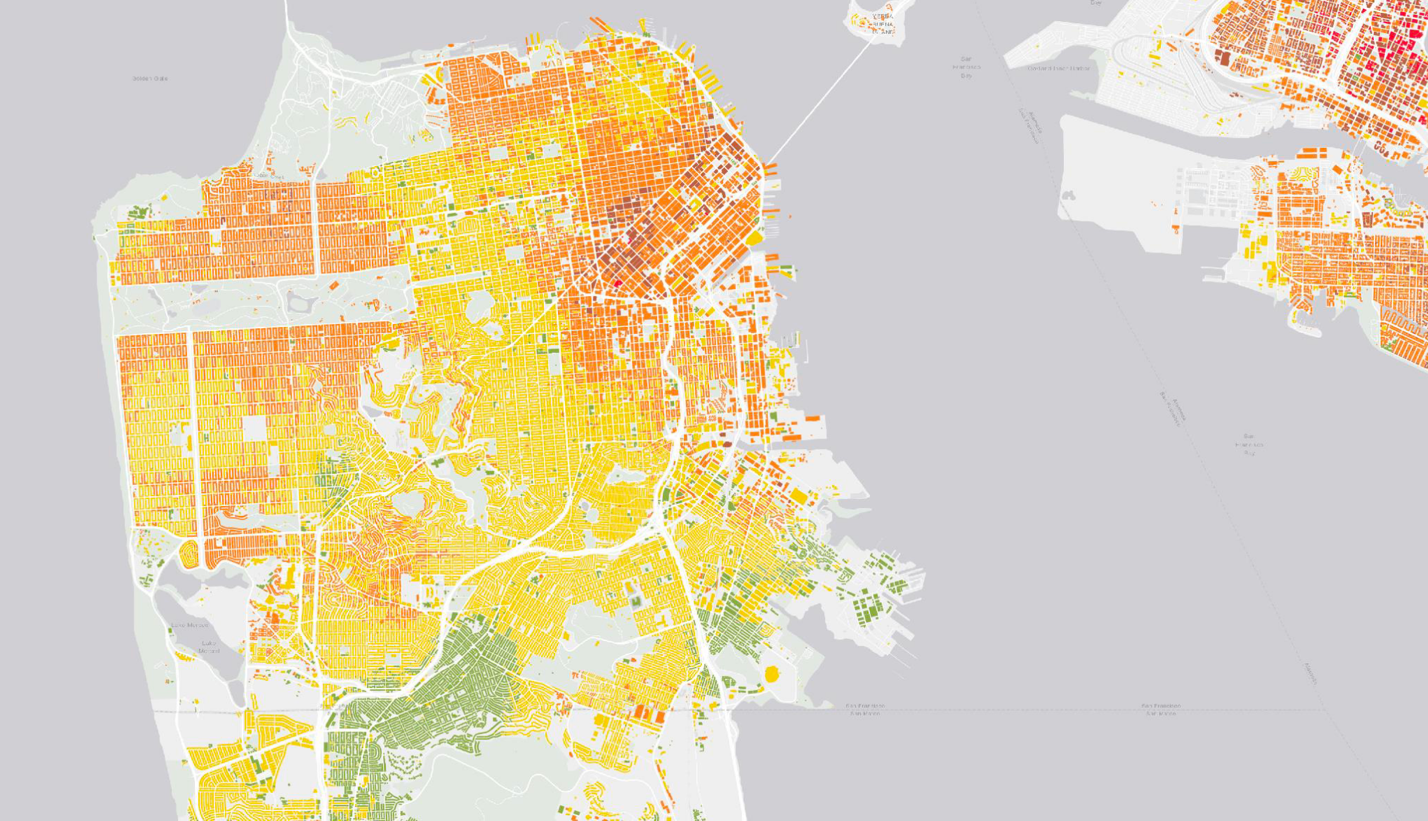 Education and Outreach During a Pandemic: Lessons Learned 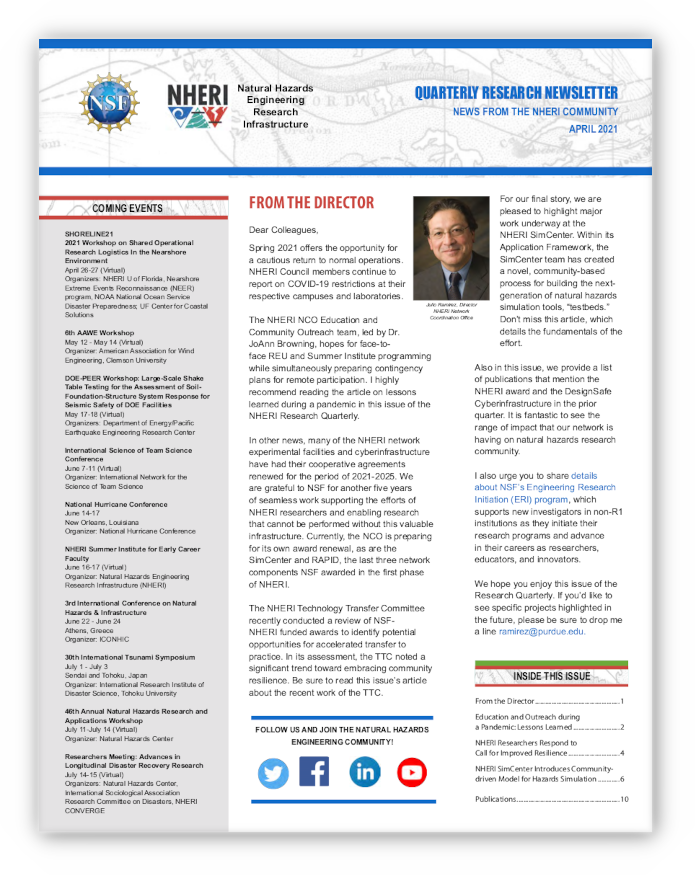 View the full Spring 2021 issue as a PDF

NHERI is supported by multiple grants from the National Science Foundation. The NHERI Research Quarterly is prepared by NHERI Network Coordination Office, Award #1612144.