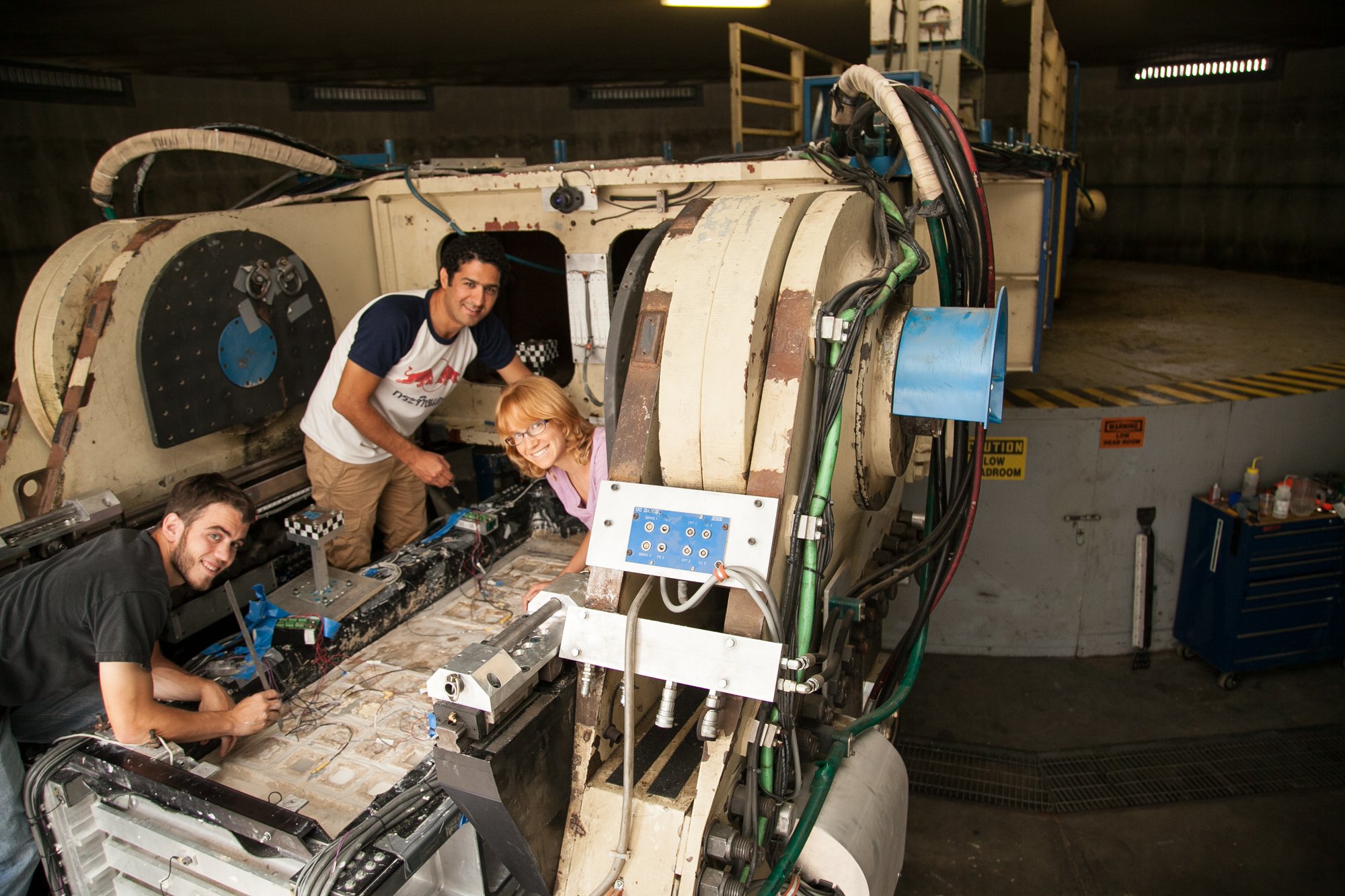 It’s not just the physical capabilities of a structure that have an impact on whether or not it survives an earthquake. Soil and soil-structure systems play a large role in how structures respond to earthquakes and at the University of California at Davis (UC Davis) Center for Geotechnical Modeling, researchers are working with Natural Hazards Engineering Research Infrastructure (NHERI) to make engineering advances in soil and soil-structure systems.

The UC Davis campus center features access to world-class geotechnical modeling resources, including 9-m and 1-m radius centrifuges with shaking tables. The 9-m centrifuge features the largest radius of any centrifuge featuring a shake table in the world and is capable of carrying a model payload ten times greater than any other academic centrifuge in the United States.

The research being performed will enable major advances in the ability of engineers to predict and improve how soil and soil structures will perform when dealing with earthquakes, waves, wind and storm surge loadings.

According to the UC Davis website, the research performed at the facility will contribute to the economic competiveness of the United States, better infrastructure management, and improved well-being of citizens through, for example, modified building codes, new seismic design criteria, and partnering projects for major infrastructure systems.

Two new research projects have gotten underway at UC Davis since July 2016 with a third one set to begin on Oct. 1, 2016.

The first of the newest projects kicked off on July 15, 2016. The research focuses on soil-foundation-structure interaction effects on cyclic failure potential of silts and clays.  Earthquake induced ground failure has resulted in billions of dollars of damages during recent earthquakes.

Soils are characterized as either sand-like or clay-like with respect to loss of strength during earthquakes. Liquefaction of sand-like soils is more broadly understood than clay-like soils.  The research hopes to help provide a better understanding of the conditions that cause clay-like soils to fail during an earthquake. According to the UC Davis abstract on the research this project will enable engineers to better predict conditions for which cyclic failure of "clay-like" soil will and will not occur during earthquakes. This will enhance public safety by reducing the risk of future structural failures.

The second of the new research projects began on Aug. 1, 2016. The research is a collaborative project with universities from around the world focusing on the validation of constitutive and numerical modeling techniques for soil liquefaction analysis.

With soil liquefaction being a pervasive problem during earthquakes, practicing engineers and academics have been using computational models and numerical simulation tools to design and analyze geosystems involving liquefiable soils.  These tools are often revised after major past earthquakes to incorporate lessons learned from post-event observations and investigations.

As the tools are ever evolving the validity of them is not yet fully established. Through this collaborative project a set of high quality experimental data will be produced then used to establish the validity and range of applicability of existing computational models and simulation procedures for soil liquefaction analysis.

The goal of this research is to eliminate the bias and overestimating of potential damages. This can help reduce needless spending on things such as ground improvement and structural strengthening efforts.

Dan Wilson, the associate director at the Center for Geotechnical Modeling, notes that all of the work being done at the UC Davis facility will tie in with other projects from around the globe. The data collected at UC Davis will be available for other researchers to look at in the future and be used in a variety of ways.

“We have these individual projects and they play into the bigger ideas,” Wilson said.

FIU and the Wall of Wind