In the wake of hurricanes Harvey and Irma, retinues of hazard researchers arrived on the scene to gather valuable, perishable data.

Among them were Nina Stark, assistant professor of civil and environmental engineering at Virginia Tech, and Stephanie Smallegan, assistant professor of civil, coastal and environmental engineering at Southern Alabama University. They sought to document the storms’ geotechnical impacts in coastal zones and riverine environments, in particular those related to scour and erosion. Both participated in reconnaissance efforts of the Geotechnical Extreme Events Reconnaissance (GEER) association. 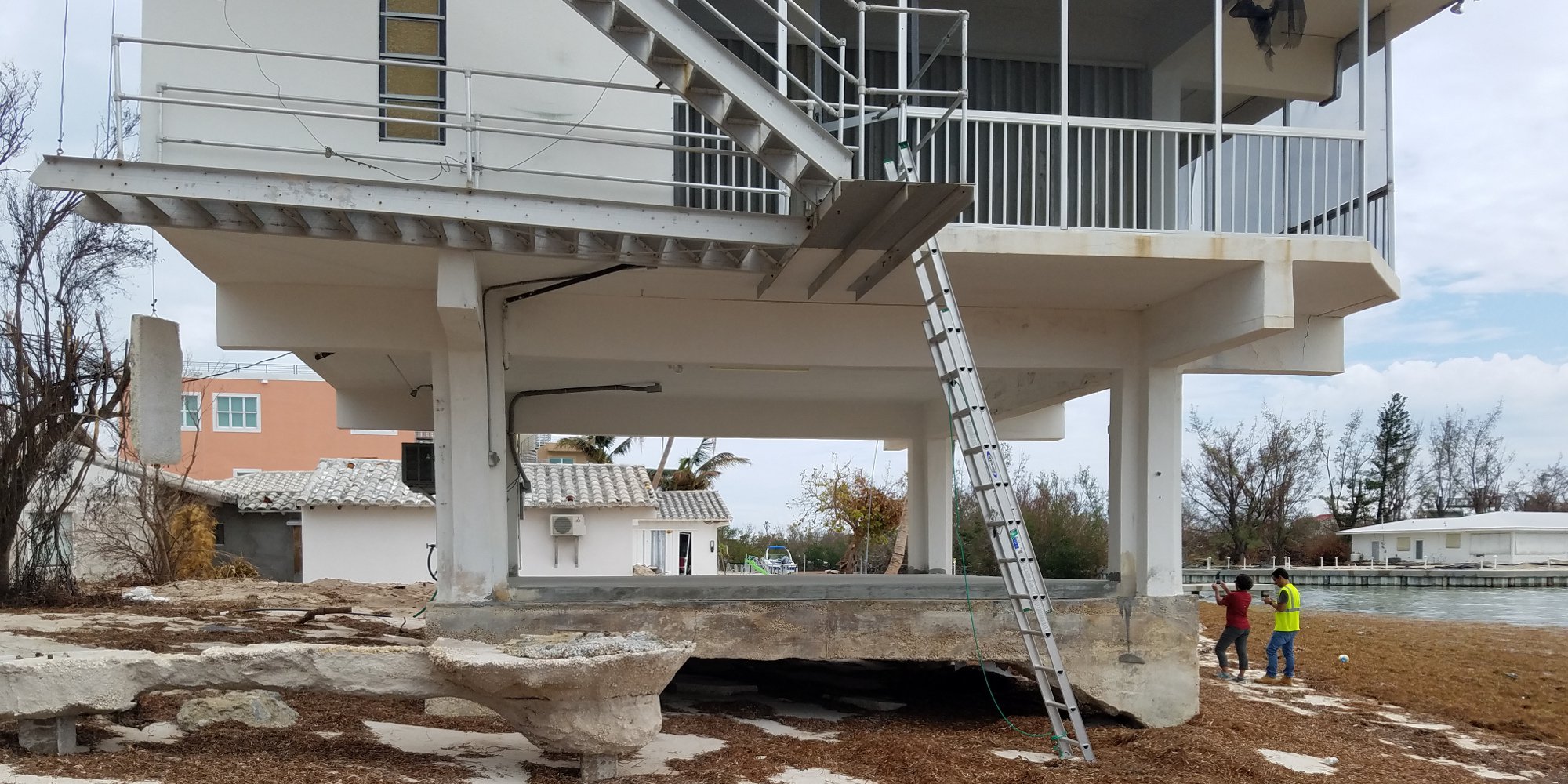 “In the interest of people living in those regions, I was hoping to find minor geotechnical damages that do not pose significant risks and that could be fixed easily,” Stark says.

“We found some severe erosion that led to damage of infrastructure or risks to infrastructure. This included severe river-bank erosion and failure, scour, as well as beach erosion.” The team’s report is available on the GEER website.

Smallegan’s research focuses on morphological changes of sandy beaches, particularly on barrier islands and changes due to both ocean-side and bay-side hydrodynamics during hurricanes, and the interaction of coastal infrastructure with those processes.

“In terms of those research interests,” she says, “I was expecting to find significant changes to the beaches, such as lowered dune heights, significant overwash fans, and scour or other signs of impact on the sediment transport from infrastructure — roadways, buildings and such.” She was looking for high water marks and clear evidence of surge damage to structures on both oceanfront and bay front buildings.

“Fortunately for the communities we visited, we found noteworthy changes to the beaches mostly in areas that were not residential, but in those areas, we observed road undercutting and we saw that very large volumes of sediment had been mobilized, creating “channels” on the beaches,” she says.

Post Irma Florida. From September 24-28, Stark’s second GEER-supported team covered another large area, from Cape Coral to Key West. The travelling team included Luis Arboleda (U Central Florida) and Inthuorn Sasanakul (U South Carolina). Nick Hudyma (U of North Florida) co-led the team. They were assisted by members of the U.S. Army Corps of Engineers and the city of Key West.

“Again, I was hoping to learn from what we may find, but not find too devastating impacts. We found severe erosion of beaches that required nourishment, failure of sea walls, undermining and erosion of streets, as well as severe sediment relocation events that led to houses being flooded with water and sand, and foundations being exposed,” she says. The team’s report is available at the GEER website.

While collecting their data, Stark and her team used the Designsafe-CI data portal to store and share their findings.

“DesignSafe made access to all data easy for the entire team. We used Slack to provide updates to the interested community. I found this useful because we could quickly share information, in real-time, without writing a lot of emails to different people, or overwhelming someone’s account on a public social network — which may also reach the wrong audience.

Smallegan agrees: “HazMapper could be hugely beneficial if you could use it as an app, where you could pinpoint your location and tag photos. Or make a Slack post directly on the map. And, if the data uploaded in a HazMapper app could be automatically backed up or uploaded onto a user defined folder in DesignSafe-CI, that would be a huge time saver.”

“Just having a place where we can all simultaneously upload data and build upon that platform by adding analyses and reports is an incredible tool,” Smallegan adds. 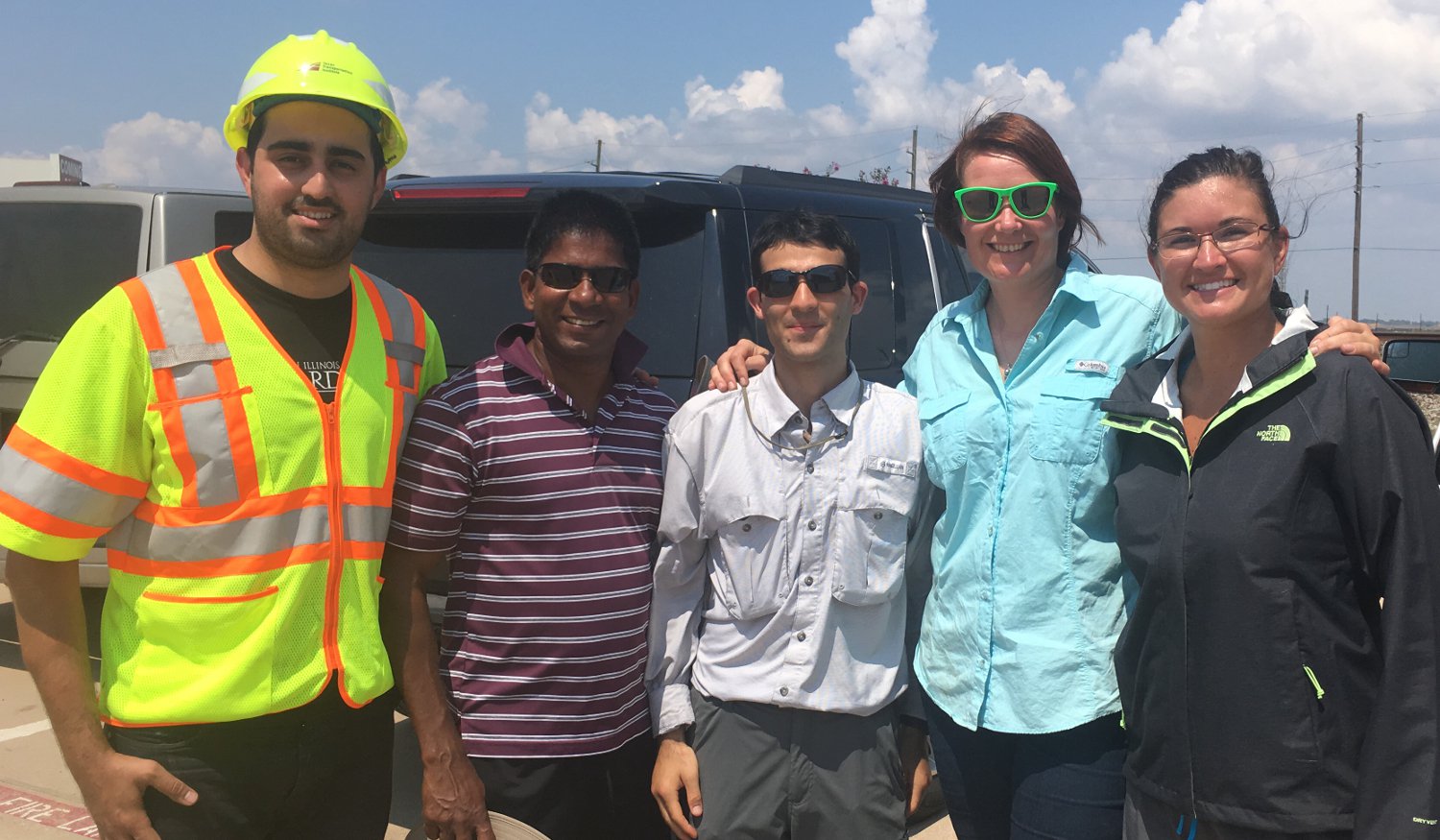 Stark is eager to conduct more reconnaissance missions. “I am particularly looking forward to potentially using equipment from the NHERI RAPID facility,” she says, “But I also envision using multiple NHERI facilities for related research projects and physical simulation.”

For geotechnical and coastal engineers doing post-disaster reconnaissance, Stark and Smallegan both emphasize the importance of having a multidisciplinary perspective. “We need more cross-disciplinary communication and collaboration in our research communities. I think our recon missions were a very positive example for this,” Smallegan says.

Smallegan also highlights the importance of leadership, and the ability to adapt to working with different groups to accomplish their mission. “Being one of the first groups in, we met one obstacle after another. Many things did not go as planned. However, largely due to Nina’s leadership and having a very flexible functional group, our mission’s effectiveness was not compromised,” she says. “We just kept moving forward and quickly learned to expect and accept quick changes.”

Disaster reconnaissance groups should be prepared to improvise, she says. Other tips from Smallegan include: