The damage to residential structures from tornadoes is a large problem that has not received adequate attention from the structural engineering community. In 2011, two deadly tornadoes hit Tuscaloosa, Alabama, and Joplin, Missouri, resulting in over 220 fatalities and $6 billion in economic losses. These events were the urgent motivators for principal investigator David Prevatt, wind engineer at the University of Florida, to initiate this research.

The primary objective of the project, Tornado-Resilient Structural Retrofits for Sustainable Housing Communities (CMMI #1150975), was to determine and quantify the tornado-induced loads on residential structures. This is the first step required to developing design guidelines for these structures.

Prevatt and his team collected data to help engineers and builders understand the interactions of tornadoes with residential structures, and the project developed approaches for predicting the magnitude of damage. Educating the community about damage mitigation was a concomitant goal. Over the course of the project, construction professionals, communities and a cohort of student wind engineers learned about design provisions and technologies to mitigate losses.

Starting with very limited data on the strength of tornadoes or wind speed variations within them, the team primarily used two sources. The first was the experimental results from Iowa State University’s Tornado Simulator. The tornado simulator data consisted of surface pressure coefficients on buildings impacted by a tornado-like vortex that enabled the team to estimate the wind loads on exterior walls and roofs of buildings.

The second source was forensic information collected on reconnaissance missions following several tornadoes. The team collected geo-located information for tornado-damaged structures in several locations including Moore Oklahoma, in 2013, and Dallas, Texas, in 2015.

In parallel to these activities, the project team also developed a theoretical tornado using mathematical principles of vortex behavior which enabled the prediction of peak wind velocities throughout the footprint of a tornado path.

With the data collected, the team created mechanisms to predict and estimate tornado wind loads, which have contributed to the development of the first tornado wind design provisions included in the ASCE 7-16 Commentary. Larger national thrusts include the tornado design wind guideline that was included into the ASCE 7-16 Minimum Design Guide for Buildings.

Eight undergraduates participated in the research, four of whom went on to pursue graduate degrees. Over summers, the project also hosted two middle school teachers, who now incorporate wind hazards science into their curricula.

The project was initiated during a period of resurging interest in wind hazards and community resilience, and the research addressed these needs in a unique way. Prevatt formed a Wind Hazard Damage Assessment Group (WHDAG) that educated and trained students on wind engineering and natural hazards.

Over the course of the project, which lasted six years (2012-18), the WHDAG self-published 17 Preliminary Damage Reports following the occurrences of tornadoes, hurricanes and straightline wind events.

“The effort is important to the goal of structural and civil engineers. We are about engineering, education, and engagement. Our products must make life better for communities. We start by directly communicating with the public,” Prevatt said.

For the team, it was crucial to communicate the importance designing for wind hazards. By project’s end, the yield was nearly 90 research-related communications, including two monographs (on the Joplin, MO and the Moore, OK tornadoes), 14 peer-reviewed papers, 40 conference papers and three media interviews—plus one on NPR’s Science Friday program.

Prevatt is pleased to note in 2015, Moore, Oklahoma, became the first community in the U.S. to adopt tornado-resilient structural design provisions. Positive change, stimulated in part by this research, is underway. 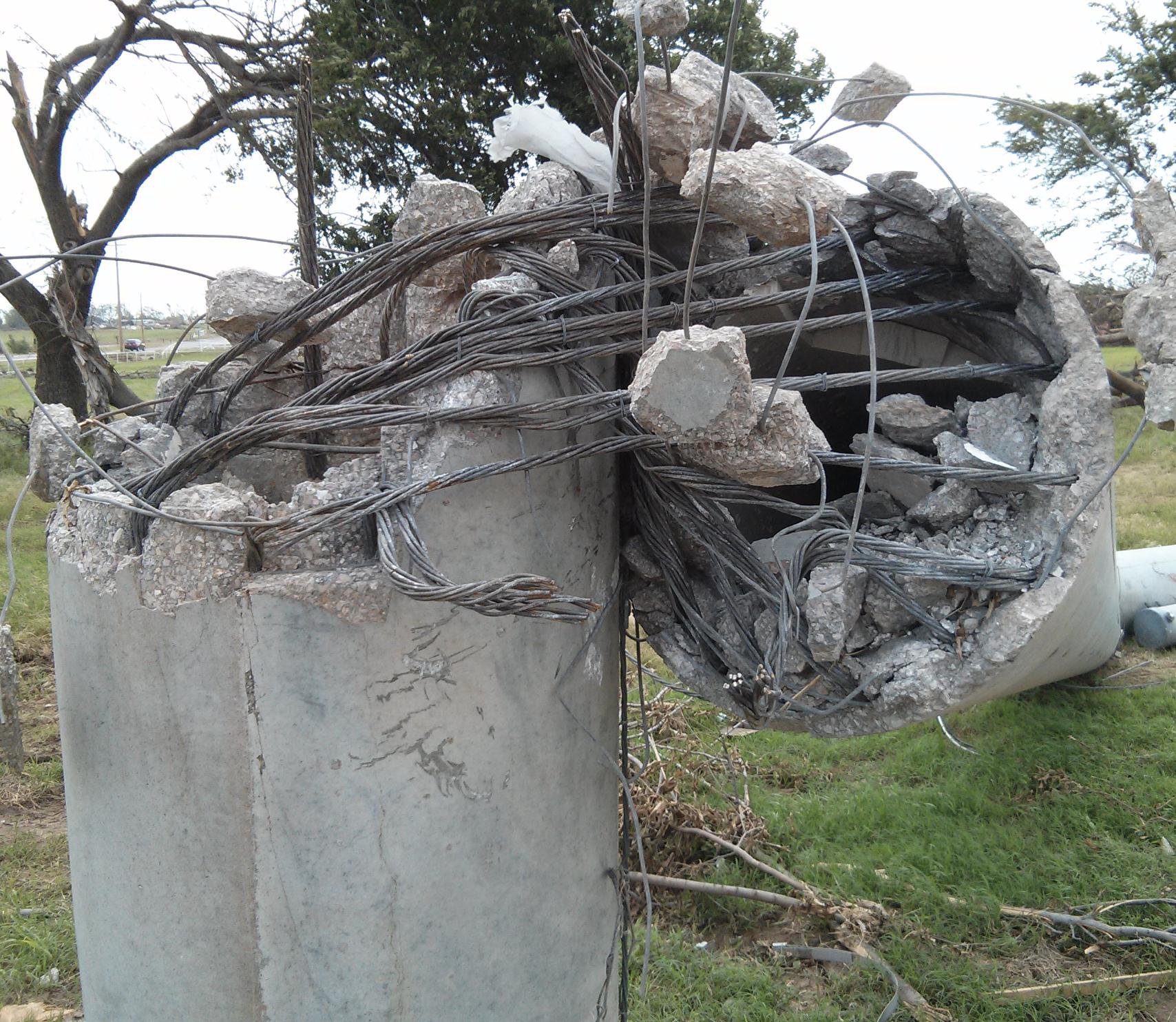 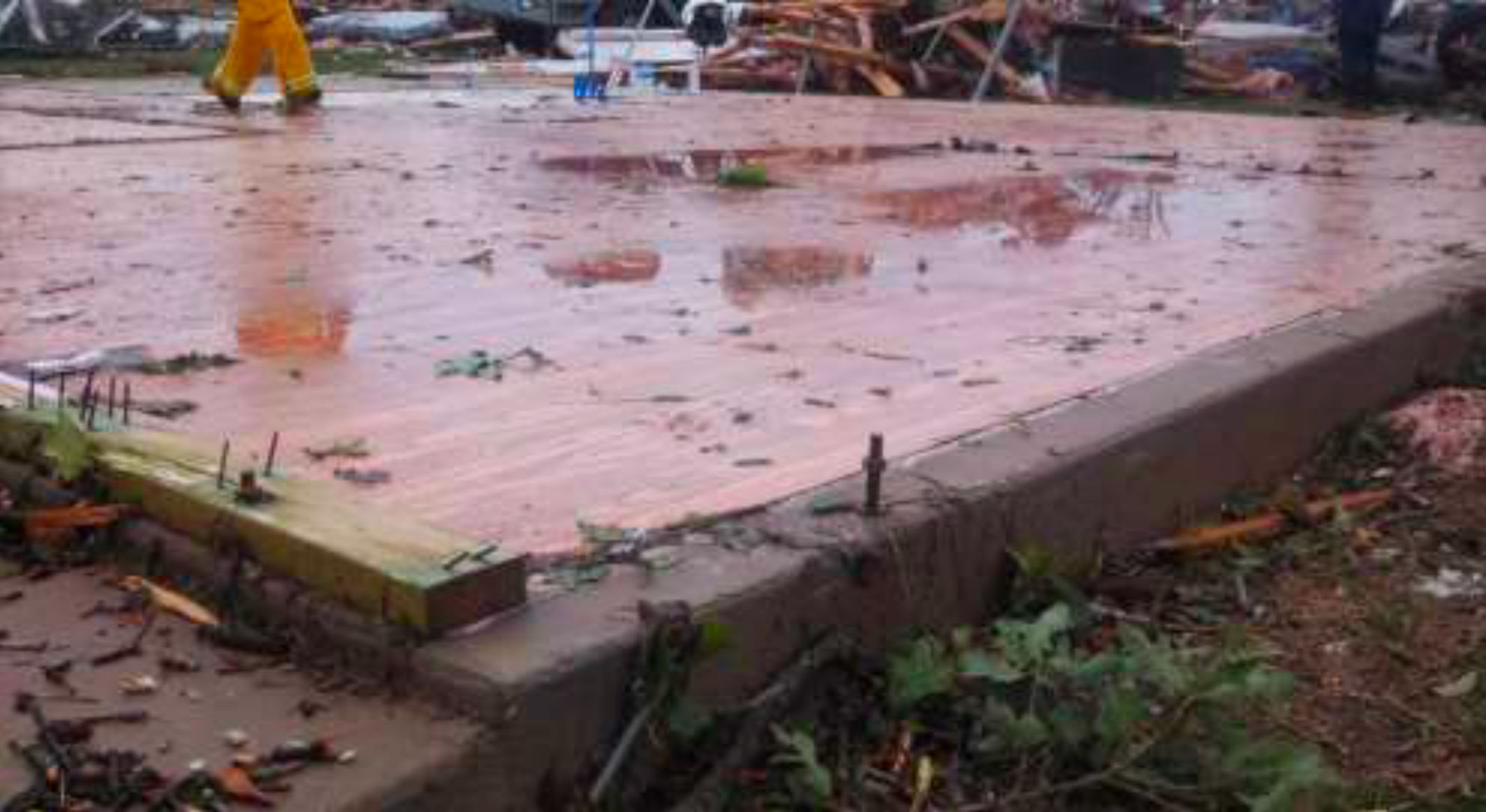 Complete destruction of home with anchor bolts just south of Hwy 377 & N. of Acton Highway in Granbury, TX. Although anchor bolts were used, the use of small washers reduced the impact of this reinforcement. Further, the lack of metal ties connecting the studs to the sill plate resulted in a weak link in the vertical load path from the studs to the sill plate. (Image: NOAA Southern Regional Headquarters.)

Message from the Network Coordination Office 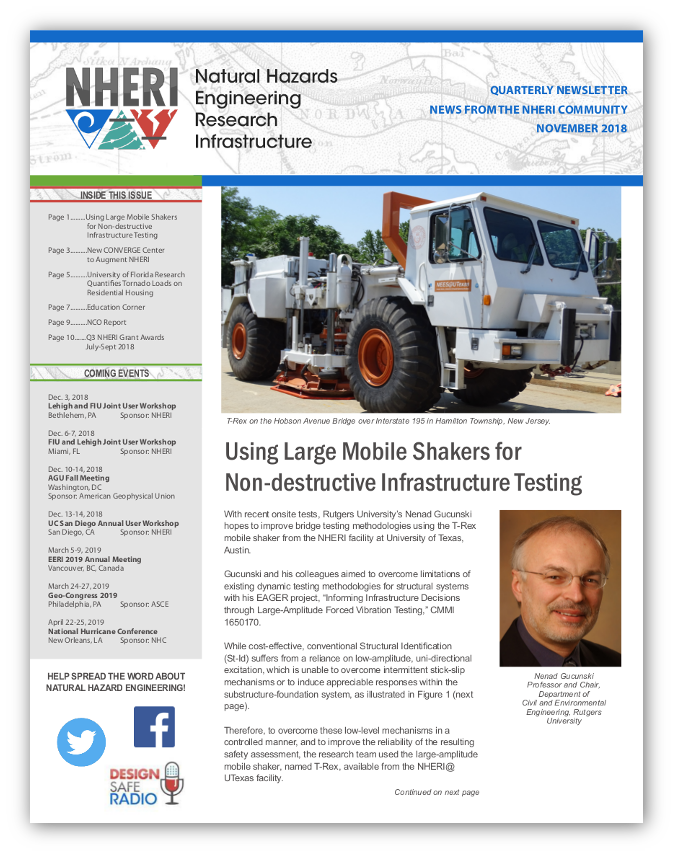 View the full Autumn 2018 issue as a PDF